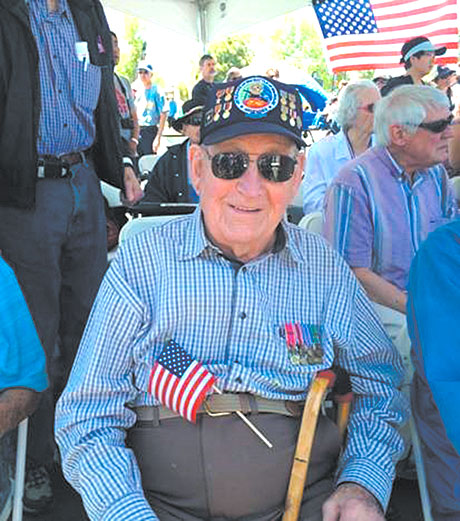 DENVER, Colo. – A group of World War II veterans residing at Harvard Square in Denver were shown the royal treatment at the recently held Rocky Mountain Air Show at Aurora Reservoir. The show drew record crowds and many who couldn’t find parking gave up and went home, but not the tenacious folks from Harvard Square. Having boarded the community bus for their two-hour chauffeured ride through traffic to the show, the veterans commended their driver Linda Lang, who has worked for the community for over 14 years for her “flank maneuver” getting them to the show the back way – all the way round to the back of the reservoir, that is.

Once at the gates, the veterans from Harvard Square were escorted off the bus one at a time by service men with supreme care and admiration, reported community life director, Jennifer Dobereiner. They then had police and staff escorts all the way to their tent. 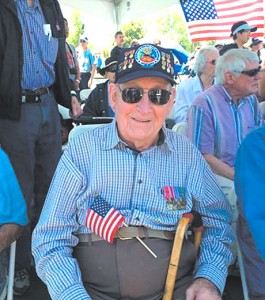 Sgt Bill Brunger, a “Battle of the Bulge” Survivor, was among the WW II veterans honored at Rocky Mountain Air Show at Aurora Reservoir.

The proud veterans arrived in time to watch the Air Force Color Guard, followed by the singing of the National Anthem and God Bless America. After lunch, it was time for the main event: The Thunderbirds, the renowned precision maneuver jet team featuring six F-16s.

“What a sight,” said Dobereiner. “They even set off car alarms.”

One of the Harvard Square residents in attendance was Michael Dux, who served in the foreign services as a Sgt in the Army Air Corps. Immediately after the show he remarked, “What it honor it was today, getting acknowledgment from all the service men. I have never been treated this way. It was a great treat.”

Dobereiner couldn’t agree more. “It was a great day to be vet,” she said.