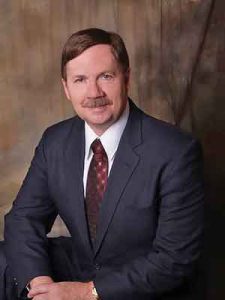 Denver, CO – Wings Over the Rockies Air & Space Museum today announced the appointment of Major General John Barry, USAF (Retired) as the CEO of the organization. Mr. Barry earlier served as chairman of the board for Wings Over the Rockies – during which time he oversaw major growth in the museum’s infrastructure.

“If we were to design a perfect leader to take Wings boldly into the future” said Charlie Johnson, chairman of the board at Wings Over the Rockies, “the blueprint would almost certainly include a diagram of John Barry. There simply isn’t a more qualified, courageous or passionate leader more devoted to the heritage and to the future of our museum’s mission.”

An honor graduate of the United States Air Force Academy, Mr. Barry holds a Master’s degree from the University of Oklahoma and attended the Kennedy School of Government at Harvard. He has served as a White House Fellow and Military Assistant to the Secretary of Defense, as well as graduating from the Broad School of Superintendents.

Mr. Barry is highly regarded in both military and government circles. Beyond his service as a combat fighter pilot, wing commander, and graduate of Top Gun – he is known worldwide for his work as Board Member and Executive Director of the Space Shuttle Columbia Accident Investigation team.

“I’m extremely honored to have been selected to lead such an incredibly important organization” explained Mr. Barry. “As a retired General Officer, I’m proud to be part of the Wings team. As a pilot I’m excited. And, as a businessman, I’m eager. Wings has become a place dreams really do take flight.”

Mr. Barry takes over for trailblazer Greg Anderson who is stepping down after 12 years of service as Wings Over the Rockies Air & Space Museum’s Chief Executive Officer. “Greg Anderson has done a superb job in establishing the Museum as a world class heritage monument to aerospace,” explained John Barry. “We are grateful that he will stay on in a supporting role as executive director for the capital campaign in our additional development at Centennial Airport.”