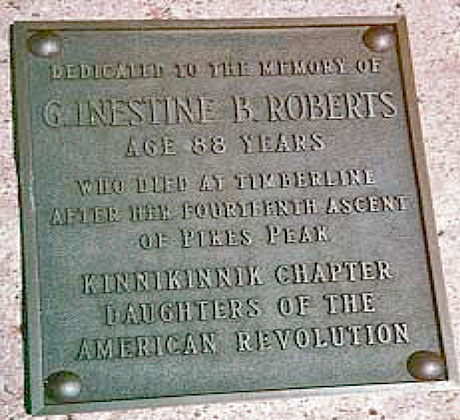 “When I’m in turmoil, when I can’t think, when I’m exhausted and afraid and feeling very, very alone, I go for walks. It’s just one of those things I do. I walk and I walk and sooner or later something comes to me, something to make me feel less like jumping off a building.”
― Jim Butcher, Storm Front
“Hope and the future for me are not in lawns and cultivated fields, not in towns and cities, but in the impervious wild.”
― Henry David Thoreau, Walking 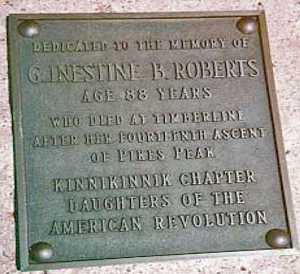 The United States is in the throes of an obesity epidemic. More than one third of American adults are obese, and the estimated annual medical cost of treating obesity-related disease – heart disease, stroke, Type 2 diabetes and certain cancers – is $170 billion. The bad news is these are some of the leading causes of illness and death. The good news is they all preventable and we know the remedy. It costs nothing and it is available to everyone. It’s called walking.

Walkers regularly obtain two precious commodities, health and time, without spending a dime. Walking is an easy, accessible exercises that actually delivers results for everyone. You’ll get more out of it than you put into it. I believe that we can trace the rise of obesity in the United States back to the 1950s, when the robust postwar economy fostered a rapid increase in of automobile ownership in our society, which combine with the advent of television delivered a one-two punch to America’s waistlines by taking us off the soles of our feet and literally putting us on the seat of our pants.

Regular walking can be the change agent on the way to better health and a more vibrant aging process. Walking can be a metaphor for all of our metaphors. Walking is good for all ages. Kids especially should walk to school. The health benefits are endless. Walking a mile a day lowers the risk of Alzheimer’s while improving mental mood and physical performance. Walking will help you strengthen your heart and drops the pounds. It reduces all types of depression, while lowering blood pressure. It will help make you happy. Best of all, it’s all on your own steam, and no fossil fuel is required!
Walking can be great entertainment, too, a simple but perfect way to enjoy the great outdoors. In the Denver area, there are many alluring park and trail opportunities. Visit http://hiking.meetup.com/cities/us/co/denver/ to see the many options.

The Ralston Creek Trail is a 12-mile path that winds through my neighborhood in Arvada. Mike McDonnell and his crew at the City of Arvada Parks and Recreation Department deserve a shout out for keeping it mowed, plowed and in good repair. I’ve met a lot of great folks on this trail, like 88-year old Norman who walks about five miles of it every day, and 80-year old Adeline, who is often seen hiking while on the phone busy transacting real estate deals.
There are many dedicated walkers in Colorado, and there are a few notable walkers whom we know well from the written historical record. From news clips and novels, a few stand out. My favorite is Grandma Gatewood. After raising her family on a remote, hardscrabble Ohio farm while burdened with an abusive husband, Emma Rowena Gatewood told her two children she was going for a walk. She wasn’t kidding. Her kids were old enough to take care of themselves, so Rowena hiked the 2,200-mile Appalachian Trail. The year was 1955, and she was 67 years old. She hiked the Appalachian Trail for the third time when she was 75. When she died at the age of 85, she left behind 11 children, 24 grandchildren, 30 great-grandchildren, and one great-great-grandchild. Rowena was a walker for the ages! According to her daughter, Emma died humming “Mine eyes have seen the glory of the coming of the Lord” from the Battle Hymn of the Republic.

Another favorite, John Francis, walked for 22 years – in complete silence for 17 of them. As a young man in San Francisco, John witnessed the 1971 oil spill, at 800,000 gallons the largest in San Francisco Bay Area history. While driving home that day, John heard a radio announcer say that dependence on the automobile was a contributing factor to the environmental disaster. He told his mother that as a result of the oil spill, he had decided to give up driving and walk everywhere. Recognizing an opportunity, his mom responded, “Why not stop talking, too?” The rest is history. John walked to Ashland, Oregon where he entered Southern Oregon University and earned an associate’s degree. Then he walked to Montana where he earned a Master’s Degree. Finally he strolled all the way to the University of Wisconsin, where he earned his PhD in Land Management. He spent seven years walking from the Pacific Ocean to the Atlantic. Then he walked to Washington, D.C., where the U. S. Coast Guard hired him to develop legislation for the management of oil spills.

Colorado’s Inestine Roberts, the woman memorialized in the plaque at the top of Pikes Peak that begins this column, fell under the spell of that great mountain. Five feet tall and weighing less than 90 pounds, Inestine was a hike leader and member of the Colorado Mountain Club. She was a naturalist as well as a hiker and could identify over 200 different trees; like Grandma Gateway, she could survive on the plants she’d find on her walks, if necessary. On August 3, 1957, Inestine wrote an entry in the Barr Camp registry, half way up Pikes Peak ,“Will be 88 September 10, am hiking for the fourteenth time to the top of Pikes Peak.” She died that day at the tree line while descending the peak. In the words of Monte Wolford, winner of the first two Pikes Peak Marathons: “She died in the arms of the Mountain she loved.”

Scientists in Japan are doing the necessary work of measuring what’s actually happening to our cells and neurons when we walk. The Japanese take walking seriously as a therapeutic activity. Called shinrin-yoku, this government-backed therapy allows nature to enter the human body through all five senses. The government has funded about $4 million in “forest-bathing” research since 2004. The program features organized walks on 48 official Forest Therapy trails designated for shinrin-yoku by Japan’s Forestry Agency. The goal is to designate a total of 100 Forest Therapy sites within 10 years.

Take advantage of the opportunities you have to walk. Make a New Year’s resolution to do more walking, and you will have a happier and healthier 2015. May your New Year be one filled with good walks!

Robin Avery is a Gerontologist, Consultant, Developer and Operator of assisted living communities, with a Master’s Degree in Long Term Care from The Naropa University. He can be reached at ravy2003@msn.com.