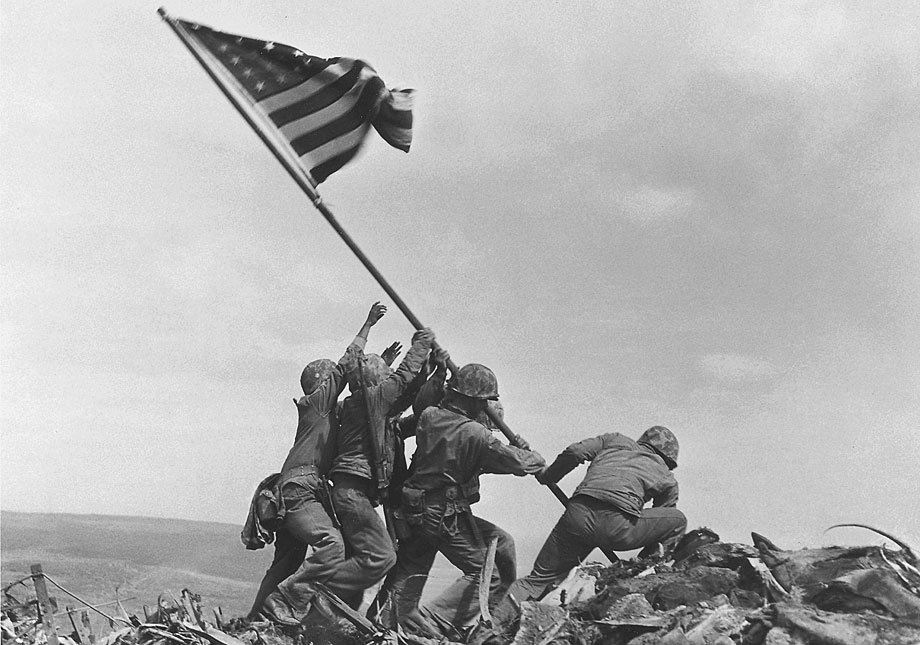 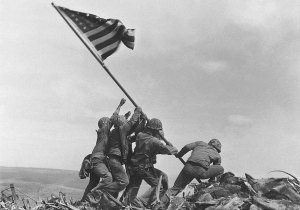 The Raising of the Flag on Mt. Surubachi.

In conjunction with the Broomfield Veterans Memorial Museum, University of Colorado Boulder Office of Veteran Services, and the University of Colorado Student Veterans Association, The Dairy Center for the Arts presents Veterans Speak on November 7 – 21, at the Dairy Center for the Arts, 26th & Walnut, Boulder, CO.  This two-week recognition of Veterans Day will engage veterans and the public in a wide variety of presentations, performances, discussions, art, movies, and more.

This is a unique opportunity for veterans of all branches of the United States military to engage other veterans and the public in the sharing of their stories and discussion of the issues veterans encounter.  Our nation and community continue to struggle with the integration of returning veterans.  There are over 700 student veterans at CU just back from Iraq and Afghanistan. Nationally, we lose more than 1,000 WWII veterans every day and an increasing number of Korean War and Vietnam War veterans. 2014 is also the 100th anniversary of World War I.

Veterans Speak is an opportunity to help all veterans, both young and old, share their stories with the public and each other. A wide variety of art forms will engage people in the stories and issues of veterans, including:

The Dairy Center for the Arts has also announced the keynote speaker for Veterans Speak will be Dr. Janine Davidson, Senior Fellow for Defense Policy at the Council on Foreign Relations. The title of her keynote address is “Global Conflict and the Limits of U.S. Military Power,” which will be presented at The Dairy at 2:00pm on Sunday, November 9.

From 2009 to 2012, Dr. Davidson served in the Obama administration as the deputy assistant secretary of defense for plans, where she oversaw the development of guidance for military campaign and contingency plans. She also led policy efforts for U.S. global defense posture, including the military’s rebalance to Asia, and international agreements related to U.S. forces stationed overseas. Dr. Davidson began her career in the United States Air Force, where she was an aircraft commander and senior pilot for the C-130 and the C-17 cargo aircraft. She flew combat support and humanitarian air mobility missions in Asia, Europe and the Middle East and was an instructor pilot at the U.S. Air Force Academy. In 2012, Dr. Davidson was awarded the Secretary of Defense Medal for Outstanding Public Service, and in 2013 she was appointed by President Obama as a member of the National Commission on the Structure of the Air Force. She received her PhD and a Master’s of Arts degree in international studies from the University of South Carolina and a BS in architectural engineering from the University of Colorado at Boulder.

Admission: Multiple events, many free, some ticketed. A complete listing of all the exhibits, lectures, performances, films, and presentations associated with Veterans Speak is available online at https://tickets.thedairy.org/online/veteran.