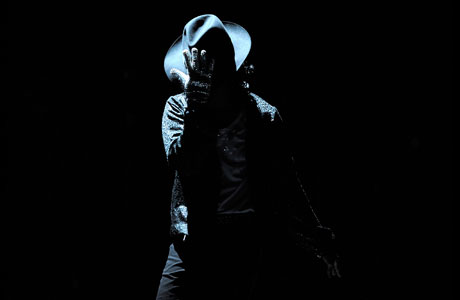 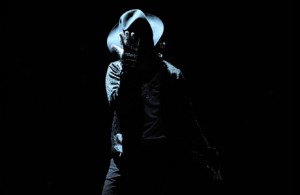 If you love Michael Jackson, you won’t want to miss one of the most powerful and dynamic concert experiences with The Ultimate Thriller “The Michael Jackson Tribute Concert,” Friday, June 21, 8 pm at Red Rocks Amphitheatre.

Critics and thousands of fans in the U.S. and Europe who have attended this show have proclaimed it “the closest you can get to experiencing Michael Jackson live!” Crafted from the best sets, costumes, dance moves and musical arrangements of the unforgettable Bad and Dangerous tours, The Ultimate Thriller presents the most authentic and enduring tribute to the King of Pop.

This concert features big production with a live band, back-up vocalists, design lighting and troupe of dancers choreographed by LaVelle Smith Jr., and Mic Thompson, who have spent years performing with Jackson. The all-inspiring precision of tribute artist Fabio Morda provides the centerpiece of this unique event with the look, mannerisms, speaking voice, and incomparable moves capturing the essence of Michael Jackson, live on stage.

The following interview was made with choreographer Mic Thompson and producer Robert Hyman, the driving forces behind The Ultimate Thriller “The Michael Jackson Tribute.”

What was the motivation behind creating this tour?
ROBERT HYMAN: Michael’s music spans so many generations. His passion, spirit and love are something that we gravitate toward. I could think of nothing better than to pay respect by playing his music to the world so we can keep his spirit alive.

How many of the show’s performers have connections to Jackson?
RH: I think almost everyone in the cast has a Michael Jackson story. I, myself, had the opportunity to play for him in the mid-eighties while he and his family were vacationing at Disney. The hotel closed the pool area for them and we got to play for them. The funny part of the story is, when the day was done and we were on our way to store our gear for the night, I literally ran right into him in one of the back hallways. It was a very awkward moment, but he was kind and generous, and it was over before I knew it.

Mic, how long did you work with Michael?
MIC THOMPSON: I am a former Michael Jackson dancer, performing Michael’s 1990’s songs. While working with Michael Jackson, I experienced nothing but the best the entertainment world can offer. His talent made everyone stop, watch and listen while he practiced and rehearsed his songs.

How authentic is the re-creation of the dances compared to Jackson’s work?
RH: We have re-created his dance routines as authentically as possible. One of the greatest tools we have are our choreographers, LaVelle Smith Jr., and Mic Thompson, who had spent years working with Michael.

How did you find your Michael look-a-like?
RH: We went on a nationwide search to find the best “Michael Jackson” we could find. Not only were we looking for someone with a strong resemblance to Michael, but we wanted him to be a vocalist as well. Our “Michael” needs to sing everything 100% live. There is no lip-syncing. We auditioned dozens of people, and once we found Fabio Morda, we knew we had a match.

MT: In my opinion, I believe Fabio Morda is the best in the business as a Michael Jackson tribute performer. His skills re-create a vibe, energy and style very similar to Michael Jackson. Plus, his kindness and professional mannerisms are very impressive to me. I like to watch him perform because he is the TOPS.

For over two hours, The Ultimate Thriller takes audiences on a journey performing the memorable hits of Michael Jackson, including Jam, I’ll Be There, Rock With You, Black or White, Bad, Beat It, Shake Your Body, Wanna Be Startin’ Somethin’, Billie Jean, Thriller, Man in the Mirror, and many more. This summer, come celebrate the epic songs, iconic look, electrifying moves and magic that was and will always be Michael Jackson.