The Road To Freedom 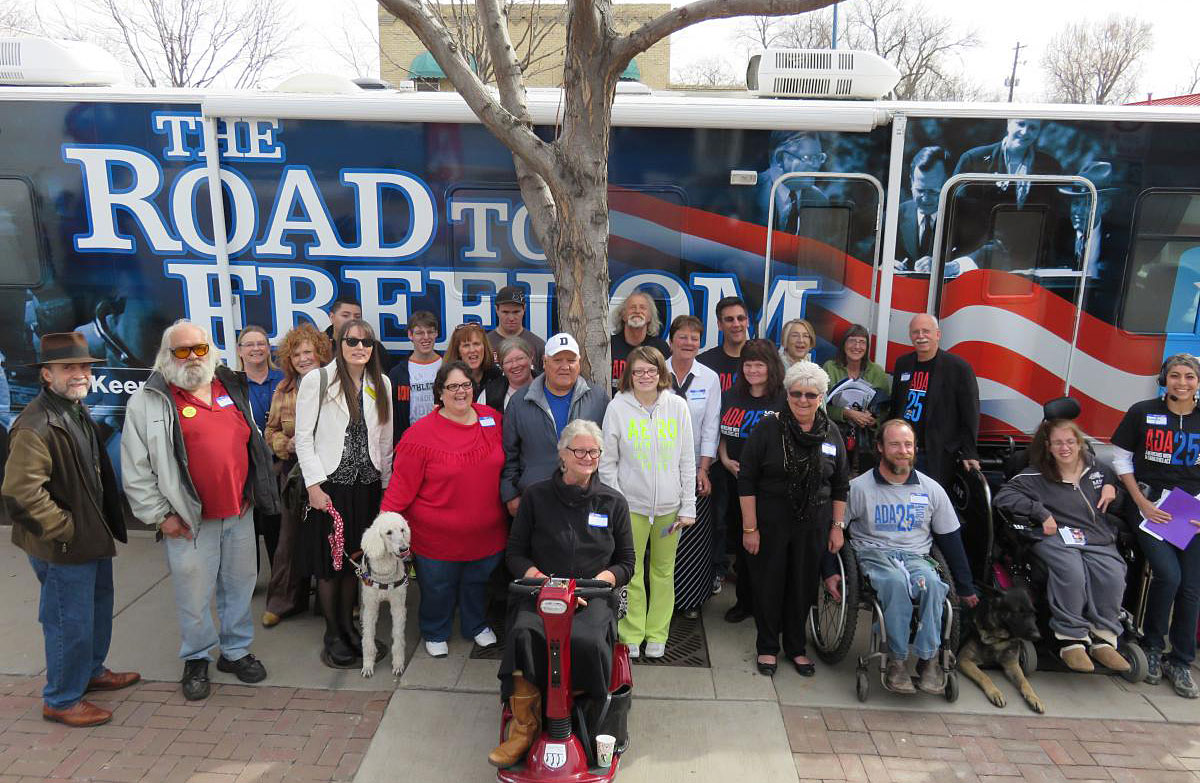 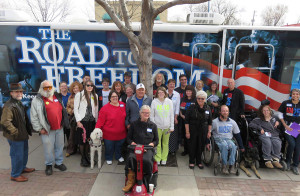 On March 12, 2015, the Road to Freedom Bus visited the Center for People With Disabilities (CPWD) in Longmont and Boulder, CO. The Road to Freedom Bus is on a transcontinental journey, bringing awareness of the Americans with Disabilities Act (ADA) and the barriers people with disabilities face to communities across the country. Its tour will complete on July 26 this year on the steps of the Capitol, in celebration of the 25th anniversary of the ADA becoming law.

People in attendance  had the opportunity to learn more about challenges for people with disabilities in our community and how the ADA promotes equal access for all our citizens.

The ADA Bus brought educational displays and information including:

The “Road to Freedom” ADA Bus, which traveled to 48 states in 2007, is once again travelling across country to raise awareness about the ADA. CPWD has been selected as one of the stops in Colorado. In the coming months, the bus will traverse the states, ending its journey of bringing awareness on the steps of the Capitol, on July 26, 2015, the 25th anniversary of the ADA. For more about the tour, visit: http://www.adalegacy.com/ada25/ada-legacy-tour.

The mission of CPWD is to provide resources, information and advocacy to assist people with disabilities in overcoming barriers to independent living.

The vision of CPWD is to build a community of resources, services, caregivers and consumers that collectively form a foundation of support for independent living. We encourage an integrated community that equally welcomes all members, all disabilities and cross-disabilities.

For more information about the tour, or CPWD, please contact: Diane Groff, Longmont Manager of CPWD/Longmont, 303-772-3250 ext. 252 or email at Diane@cpwd.org.