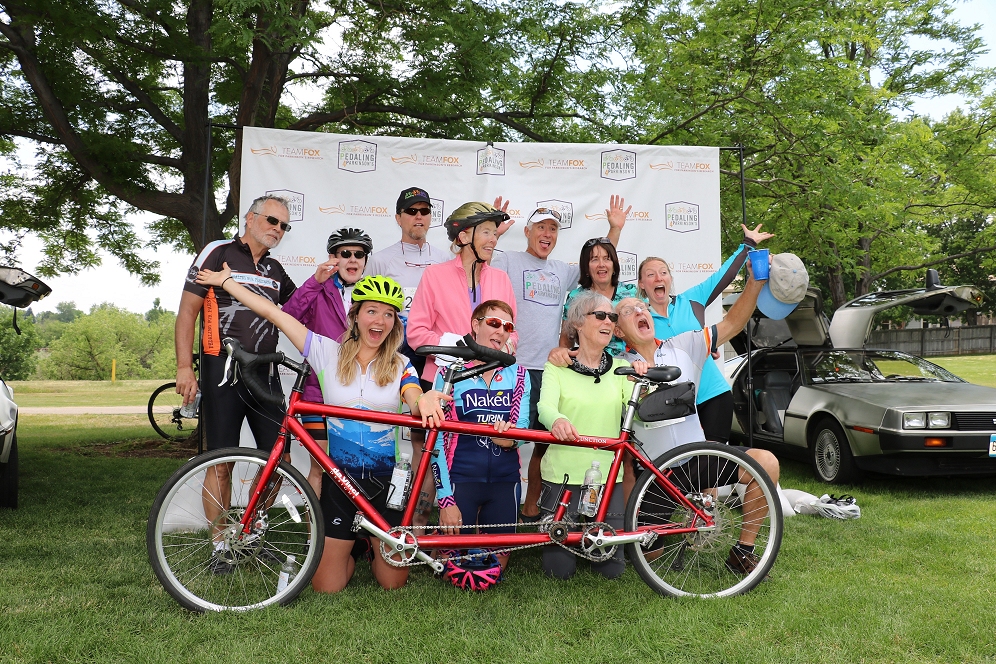 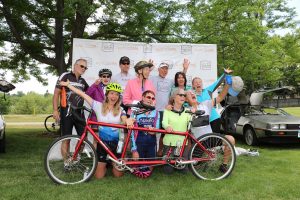 The year was 2010 when Parkinson’s disease came crashing into the lives of three Denver women. They were cyclists riding for fun, exercise, and to support various charities. Their next ride would support Parkinson’s research, they decided, except there wasn’t such a bike ride in Denver. “No problem,” they vowed, “we’ll start our own!”

Pedaling 4 Parkinson’s is now in its tenth year, and on June 8 will cross the $500,000 mark of money raised to support people living with Parkinson’s and those searching for a cure. It didn’t take long before Pedaling 4 Parkinson’s showed up on the radar of The Michael J. Fox Foundation for Parkinson’s Research, the world’s largest Parkinson’s disease foundation. Now in partnership with P4P, the Fox Foundation refers to P4P as “an exemplary event,” among the top fundraisers, and best-run events in the country. Thanks to P4P and other fundraising organizations, the Fox Foundation has raised over $900 million and revolutionized the process of discovery-to-treatment, to dramatically expedite the overall research timeline.

Starting and ending in Lone Tree’s Sweetwater Park, Pedaling 4 Parkinson’s (P4P), is a charity bike ride offering routes of 10, 28, 40, and 60 miles, with every dollar raised going straight to Parkinson’s disease research. From humble beginnings, P4P has grown to offer hundreds of cyclists, volunteers, and sponsors an opportunity to join the fight against this devastating disease.

The heart of Pedaling 4 Parkinson’s is the fundraising bike ride on June 8, but there’s so much more. The expo at Sweetwater Park hosts the start and finish for cyclists, with live music, fabulous food, activities for kids of all ages, beer garden, merchandise, and opportunities to learn more about a disease that affects 17,000 people here in Colorado. If you don’t know anyone with Parkinson’s disease today, sometime soon you probably will.

A unique aspect of Pedaling 4 Parkinson’s is the Tandem Bike Project. This component of the ride pairs a person with Parkinson’s disease on a tandem bike with a strong cyclist on the front of the bike to enable both to join the fight together. For people with PD who thought their cycling days were over, the Tandem Bike Project gives them an opportunity to join the fight against the disease they deal with every day. And in keeping with the goal to support these people, they both ride for free.

If you’d like to join the fight against Parkinson’s, you can sign up to ride, volunteer, or sponsor the event. The enthusiasm among P4P cyclists and their supporters to find a cure is extraordinary, but funding the expenses for the event is always a challenge. Sponsorship opportunities include a booth at the expo, so if you or your business would like some exposure and would like to help, go to www.Pedaling4Parkinsons.org. Pedaling 4 Parkinson’s is a 501(c)(3) organization, so your support will be tax deductible.