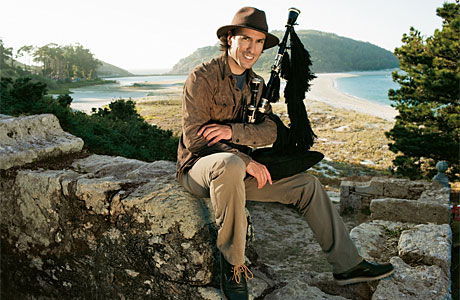 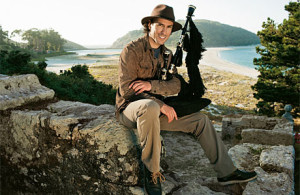 DENVER – The 2014 Colorado Scottish Festival in Highlands Ranch features a Saturday evening performance by Spanish bagpiper Carlos Núñez, who is the world’s most famous player of the gaita, the bagpipes of Galicia, Spain’s northwest, Atlantic Ocean-abutting region rich in vibrant, uniquely expressive Celtic traditional music. Núñez is wildly popular in Europe where he has a platinum album.

“We are very excited to bring Carlos Núñez to our Festival,” said Festival Director John Thornton. “There are not a lot of bagpipers who have reached superstar status, but he is definitely one who has. He is also amazing on the recorder and several other instruments.”

The dog-friendly festival also has many other attractions that promise to make this year the best yet. The Scottish athletes throwing the caber (telephone pole), Highland and Irish dancers, Dogs of the British Isles, piping and drumming competitions, a “Bonny Knees” contest, dozens of colorful clans, a genealogy tent, vendors specializing in Celtic merchandise, free haggis-tasting and wonderful food and drink are some of the Festival’s many high points.

The Festival is hosted each year at Highland Heritage Park in Highlands Ranch, located at 9651 S. Quebec Street, two miles south of C-470. Festival-goers are encouraged to park for free at Highlands Ranch High School, 9375 Cresthill Lane, where free festival shuttle bus service is available. A limited number of premier parking passes are available at the festival for $20 per day. The spaces are directly across from the main gate. Those wishing to purchase a spot should contact John Park at parkfamilywest@gmail.com.