Sex and the Senior 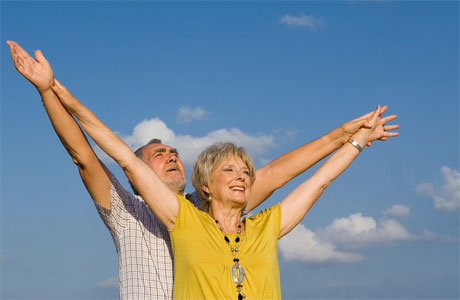 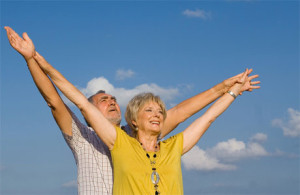 What do seniors ask their primary care physician about most often? According to a family practitioner I know, one of the most common inquiries doesn’t involve their hip, their muscle mass, or their memory. What she hears quite often is “What happened to my libido?” Most people can’t imagine losing their sexuality, and for good reason: A healthy sex life will release hormones that boost the immune system, promote  sound sleep, reduce stress and depression, and ease chronic pain, even migraines.

Declining sexuality as we grow older makes perfect sense. Biologically, for both sexes the innate desire for reproduction has been satisfied. For men, advancing age brings lower testosterone levels so erections are fewer and farther between, and the overall experience, including orgasm, less intense, less satisfying. The result: Men spend over $1 billion a year to treat erectile dysfunction. As they age women, too, can experience bothersome sexual issues that affect relationships, health and quality of life. In addition, sex and intimacy become more challenging with some chronic health conditions such as heart disease or arthritis. Certain surgeries and many medications, such as antidepressants, antihistamines, blood pressure medications and acid-blocking drugs, can affect sexual function. The effects of depression include lower sex drive, which antidepressants will aggravate.

A 2005-2006 survey conducted by the University of Chicago’s National Social Life, Health and Aging Project (NSHAP), presented in the New England Journal of Medicine, found that senior sexual activity was closely tied to overall health, which was even more important than age. As health declined steadily after the early 70s, so did the sexual activity, particularly among women. Among those who remained sexually active, nearly half reported at least one sexual problem, such as lack of desire (43% of women), vaginal dryness (39% of women) or erectile dysfunction (37% of men). The study also found that 86% of men did not find it necessary to take erectile dysfunction medications.

Mary B., a 73 year-old survey participant, reports she is “healthily engaged in sexual activity with a man 70 years of age. Of course, he uses Viagra which works quite well. We have sex (intercourse) at least 3 times a week and sexual play daily. We are both physically fit in that we exercise daily, i.e., jogging, weights, biking and Pilates and, of course, sex. However, it takes longer to reach orgasm. Sometimes I don’t reach that point but I am quite happy ensuring that my partner does. Our encounters usually last from one to four hours, which includes foreplay, dirty dancing being our favorite. Viva la sex! It’s free and fun!”

Jerry S., another participant, discussing the best time for sex, advises: “Sex? Well, as one gets older ‘anytime’ is the best time! You should not try to program your emotions. Just go with the flow and when the urge strikes, GO FOR IT!”

So what can seniors do to improve their sex lives? There’s a lack of reliable information today about how sexual activity and function change with age and illness, and society is many ways is still hindered by taboos around discussing sex in later life. So, first and foremost, discuss the issue openly and honestly with your partner and your healthcare provider. Next, be ready to adapt. One of the best words I’ve heard describing aging is “transition.” As we grow older, our diet, sleep patterns, physical abilities and exercise all change. So do our perspectives. We transition into the new realities, hoping for a sense of happiness and fulfillment with new challenges well met.

Sex and intimacy can continue to be a rewarding part of your life. Be creative. Don’t give up on romance. Expand your definition of sex to include cozying up, romantic or humorous moments, touching and kissing. It’s like my brother-in-law says: “It’s all math!” My other brother-in-law, however, quips: “No. It’s all sex!”

Both Mary and Jerry seem to get it. Ellen’s ideal is a relationship that is physically satisfying, as well as soul-satisfying. Johnny’s spontaneity and enthusiasm is endearing and appropriate at any age. The mere possibility of an inspiring and satisfying relationship “at our age” makes senior sex worth discussing.

Robin Avery is a Gerontologist, Consultant, Developer and Operator of assisted living communities, with a Masters Degree from The Naropa University. He can be reached at ravy2003@msn.com.