Ring In The New Year With A COLA

Many people ring in the New Year with Champagne. People who receive Social Security or Supplemental Security Income (SSI) get to ring it in with a COLA. This year, more than 60 million Americans are receiving a 1.5 per­cent cost of living adjustment (COLA) in their monthly benefit payment.

The 1.5 percent COLA begins with increased benefits for more than 57 mil­lion Social Security beneficiaries in January 2014, and payments to more than 8 million SSI recipients in late December 2013. 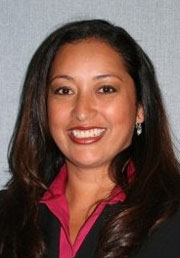 Some other changes that take effect in January of each year are based on the increase in average wages. For example, the maximum amount of earnings subject to the Social Security payroll tax (taxable maximum) will increase to $117,000, up from $113,700. Of the estimated 165 million workers who will pay Social Security taxes in 2014, about 10 million will pay higher taxes as a result of the increase in the taxable maximum.

The amount of earnings needed for one credit of Social Security coverage has gone up as well, but all workers can still earn up to four credits in a year. In 2014, a worker earns a credit after earning $1,200. In 2013, one credit of coverage was $1,160. It takes forty credits to be fully insured for retirement benefits.

Information about Medicare changes for 2014 is available at www.medi­care.gov.

Visit www.socialsecurity.gov to learn more about the COLA and other Social Security changes in 2014. From everyone at Social Security, have a Happy New Year.