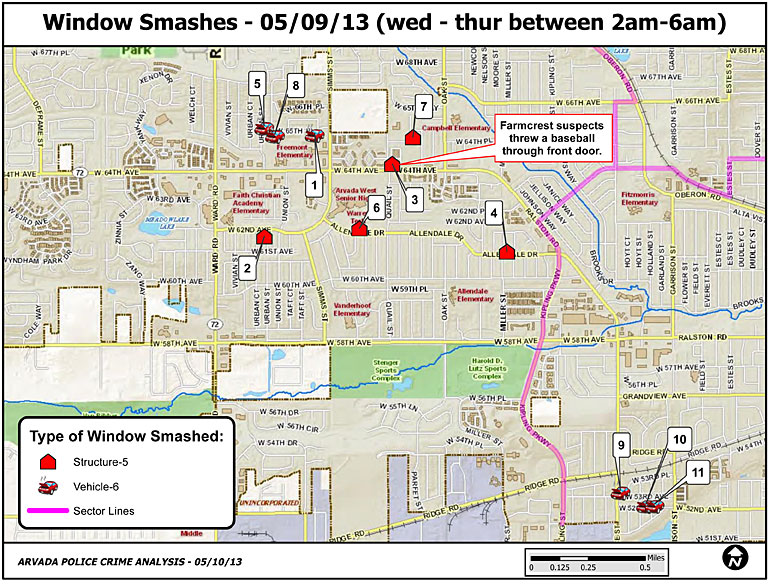 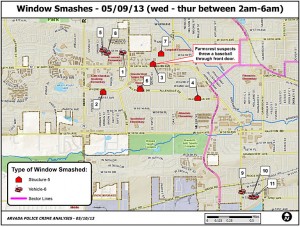 Arvada, CO – The Arvada Police are investigating a series of burglaries and criminal mischiefs in the Arvada West area.

On Wednesday, May 22, there were five thefts from garages and unlocked cars in the Five Parks and Whisper Creek areas.

“It’s a good reminder for residents to make sure they close their garages, and lock all doors and windows to their homes and cars,” said Commander Kathy Foos of the Arvada Police. “With the warmer weather, there are those looking for crimes of opportunity.”

Residents are reminded that if they make their property and vehicle difficult to access and make valuables difficult to find, they decrease their chances of becoming a victim.

“Whether they are or are not related, the thefts and the criminal mischiefs are affecting the same neighborhood and we want to catch the perpetrators,” said Foos.

Residents are asked that if they see or suspect any suspicious activity, no matter how insignificant they think it may be, to call the Arvada Police at 720.898.6900.