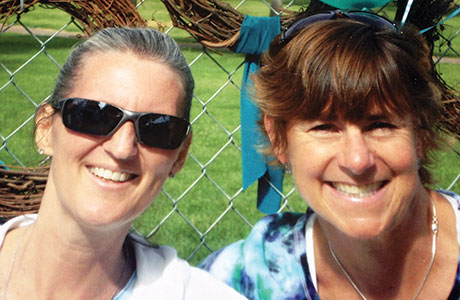 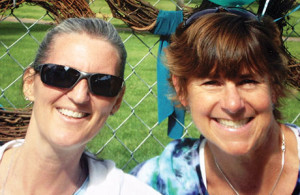 DENVER, Colo. − The thousands of runners and walkers at the Colorado Ovarian Cancer Alliance’s (COCA) Fifth Annual Jodi’s Race for Awareness will include many familiar faces as well as lots of first-time participants.  Among the most recognized individuals at the Saturday, June 7, 2014 event in Denver’s City Park will be Jennifer Manta, who has led the annual fundraiser since even before it began.

In the spring of 2010, Colorado native Jodi Brammeier was facing two challenges: advanced ovarian cancer and a fierce determination to create a race to raise awareness of the symptoms of the disease that would soon take the life of the young wife and mother.  Diagnosed with ovarian cancer in 2008, Brammeier believed she would have discovered the cancer earlier if she had been more aware of the symptoms.  She wanted all women to be knowledgeable about ovarian cancer and, with early detection, to have a better chance to fight back against the deadly disease.

As the June 5, 2010 inaugural event drew near, Brammeier’s physical condition worsened.  Knowing she needed help in making her dream a reality, she turned to a few of her close friends.  “Jennifer Manta took the race and saw it through,” recalls Jodi’s husband, John Brammeier.  “It would not have happened without Jennifer’s leadership and the many volunteers who dedicated their time and energy to make the race a success.”

Today, Manta continues to lead the way by serving as race director for COCA’s annual fundraiser.  With the fifth Race for Awareness fast approaching, she is confident that Jodi would be proud and pleased with her legacy.

“Jodi’s Race has touched women on so many levels,” Manta says.  “When I got a call from a race participant who credits the knowledge she gained from the symptom signs along the race course with enabling her to recognize her own ovarian cancer, I pictured Jodi smiling down and with a triumphant fist-pump shouting ‘Yes!’   There are also calls to COCA from those who have lost a loved one to ovarian cancer and want to participate in their memory.  You can hear in their voices how much an event like this means to them.  And the media exposure this event generates –  that’s what it’s all about – creating awareness.”

Ovarian cancer is the fifth most common cancer in females in the United States but it is the deadliest gynecologic cancer.  Annual exams and pap tests do not check for ovarian cancer.  As there is no screening test for ovarian cancer, being able to recognize the symptoms and early detection are critical to saving lives. The most common symptoms of ovarian cancer are bloating, pelvic or abdominal pain, difficulty eating or feeling full quickly, and urinary urgency or frequency.  If several of these symptoms come on quickly, are more intense than usual, and continue for a week or more, women should see their doctor without delay.

Still going strong in its fifth year, the 2014 Race for Awareness has reached a milestone that Jodi envisioned for women diagnosed with ovarian cancer.  “If found in an early stage, up to 90 percent of the women diagnosed will survive for more than five years,” Manta explains.   “Unfortunately, most women don’t get diagnosed until the later stages when the disease has already spread beyond the ovaries.”

In its inaugural year, Jodi’s Race drew more than 1,700 runners and walkers and netted over $140,000.  In the four years since her vision became a reality, the race has grown to over 2,500 participants and raised more than $550,000, which has enabled COCA to expand its support for women affected by ovarian cancer.

Manta says Jodi would also be pleased that the Race for Awareness is supported by so many great sponsors, including several who have been on board all five years.    “In the beginning, this event was an unknown,” says Manta.  “Without sponsors such as Cancer Treatment Centers of America, Vivage, Sports Authority, Pepsi and Rudi’s, I’m not sure what would have happened that first year.  Today, the many companies that provide financial and in-kind support for Jodi’s Race are not just sponsors, they are our partners.  They are at the race actively participating.”

Registration for the 2014 Jodi’s Race is underway online at www.JodisRace.org.  Runners and walkers are encouraged to form teams with their families, friends and coworkers, with a fundraising page on the Jodi’s Race for Awareness website.