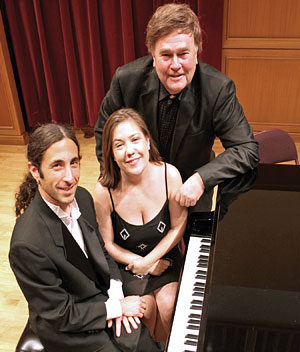 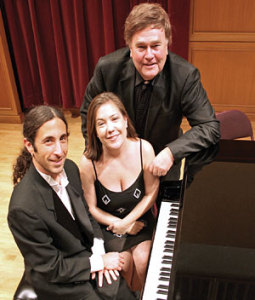 While some of us might consider retirement or slowing down a bit when year 65 approaches, Littleton resident Randall Burns was busy working on his 16th musical revue, To Broadway With Love!

This year marks Burns’s 60th year in show business. He started as a child actor in the mid-1950s, a teen actor, singer, director and producer in the 1960s. Then, he added composer and lyricist to his resume, churning out one new show every other year in the 1970s, 80s and 90s. He gained experience performing for 2 decades at the Bonfils and was a founding member of the Third Eye Theatre.

The production plays Saturdays and Sundays, with 2 performances each date. Dates are January 17, 18, 24. 25.

To Broadway with Love! is a classic musical revue. Revues are rare currently, as most Broadway shows have plot.

Joining Burns is pianist, conductor, composer and arranger Jeremy Kurn. A Boulder resident, he has written musicals and orchestral works. He leads a 5 piece musical ensemble, writing new arrangements and conducting from the piano.

Kathy Cole, a highly skilled dancer who trained at  the Martha Graham Dance Company, is choreographer.

To Broadway With Love! is a family show that is appropriate for all ages. Prior to a tour in 2016, special ticket prices are being offered with excellent seating starting at $9.90. Seating is available for all performances. Contact the Box Office at 720-545-4607 for information and to secure tickets.