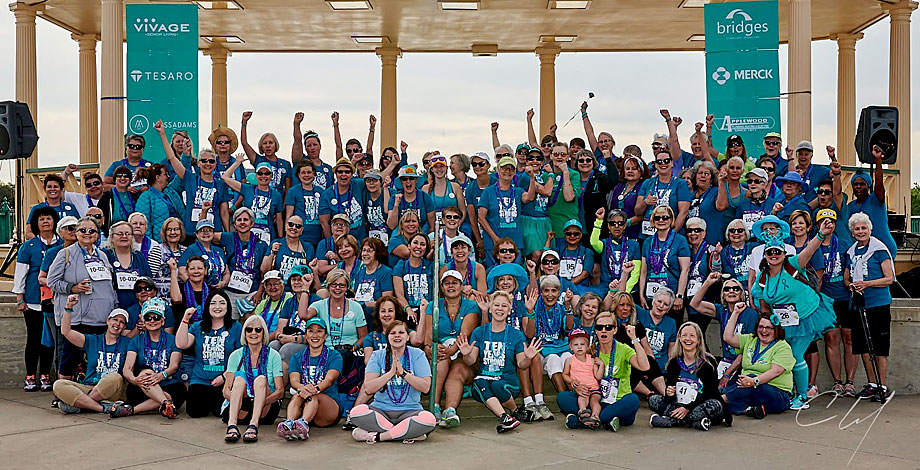 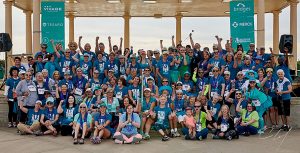 DENVER, Colo. (April 29, 2021) – On Saturday, June 12th, the Colorado Ovarian Cancer Alliance (COCA) will celebrate the 12th anniversary of Jodi’s Race for Awareness with an in-person run/walk at Denver’s City Park. Jodi’s Race, which is the second largest ovarian cancer walk/run in the country, is an annual tradition that takes place the second Saturday in June. Typically, more than 3,000 people, including ovarian cancer survivors and family members and friends whose lives have been impacted by the disease, show up sporting teal accessories and waving banners and signs honoring loved ones. This year’s Race, which is presented by the UC Health Cancer Center and Friends of COCA, will be a little less than half that size with groups of 150 starting at intervals in adherence to City and County COVID-19 protocols. In addition to the in-person Race at City Park, there is also a Jodi’s Race Virtual Dash that registrants can complete anywhere and then join the Jodi’s Race Virtual Bash celebration, emceed by Denver7’s Jaclyn Allen online Sunday, June 13th at 10:00 a.m.

Among those eagerly anticipating this year’s event at City Park is Kathy Campe, a 15-year ovarian cancer survivor who has volunteered at or participated in every Jodi’s Race event. Last year, Jodi’s Race took place virtually due to the COVID-19 pandemic and received tremendous support from the community. Campe was among the 100+ faces on a Zoom gathering last June to celebrate the Virtual Dash. “At the time, it was very uplifting to see familiar faces we hadn’t connected with in person for a few months, “ said Campe. However, she’s looking forward to celebrating in person this year. “There’s just a tremendous amount of positive energy, joy and love at Jodi’s Race. It’s one of my favorite events of the summer,” explained Campe.

In addition to offering hope and celebration, Jodi’s Race is both an educational event and a fundraiser for COCA. Because there is no screening test for ovarian cancer, more than 75 percent of women are diagnosed in the late stages of the disease, which dramatically reduces the survival rate. Being aware of the most common symptoms of ovarian cancer – bloating, pelvic or abdominal pain, difficulty eating or feeling full quickly, and urinary urgency or frequency – can lead to early detection, which is critical to saving lives.

Jodi’s Race for Awareness was started in 2010 by Jodi Brammeier, a young wife and mother who believed her cancer would have been discovered earlier if she had known the symptoms of ovarian cancer before her late diagnosis. Although Brammeier lost her battle with ovarian cancer shortly after the inaugural race, her spirit lives on at the annual event that helps raise awareness so that other women may find their cancer earlier and stand a better chance to survive the disease.

A large part of the fun on race day are the many colorful teams formed by families, friends and co-workers to show support for a survivor or in memory of a loved one diagnosed with ovarian cancer. Survivors will be honored with special goodie bags and receive a string of beads for each year of survivorship. Teams develop clever names and design special team shirts, some of which will be entered in a t-shirt contest. The fence along the start/finish line will be covered with wreaths that honor women who have battled ovarian cancer and signs along the course share symptom information and recognize loved ones. Even furry friends are invited to participate and many show up in teal bandanas, ribbons and tutus.

Funds raised during Jodi’s Race are used directly by COCA to increase awareness of the symptoms of the disease and to assist Colorado women living with ovarian cancer through programs that include support groups, individual counseling, financial assistance and much more. Due to the impacts that COVID-19 is placing on this vulnerable population battling cancer, the need for assistance and programs is greater than ever.

Registration for both the Jodi’s Race event at City Park and the Virtual Dash is available online at www.jodisrace.org. More information about COCA and its programs can be found at www.colo-ovariancancer.org.