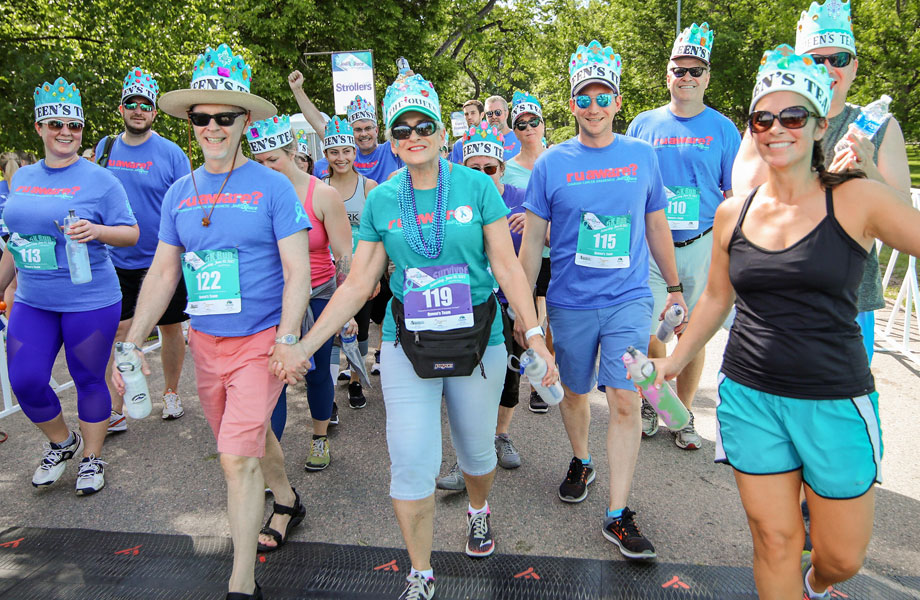 10 Years of Raising Awareness of Ovarian Cancer – One of the largest ovarian cancer walks in the country is scheduled for June 8, 2019 at City Park ~ 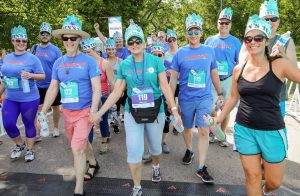 DENVER, Colo. – Anniversaries are especially important when you’re a cancer survivor, which is one reason 70-year-old Judye Wahlberg is so excited to participate in the tenth anniversary of Jodi’s Race for Awareness on Saturday, June 8th, 2019. Wahlberg, and her “Queen’s Team” have taken part in the event every year since the first Jodi’s Race in 2010.

Wahlberg was celebrating an anniversary of her own when she first heard about Jodi’s Race – the 5-year mark from her ovarian cancer diagnosis. For survivors of ovarian cancer, which is the deadliest gynecologic cancer, five years is a significant milestone. This year, Wahlberg will celebrate 15 years of survivorship at Jodi’s Race and will wear a strand of beads for each year of survivorship. Seeing women like Wahlberg, whose necks are covered with beads, provides hope to women still struggling with the disease. Because there is no screening test for ovarian cancer and the symptoms are vague  bloating, pelvic or abdominal pain, difficulty eating or feeling full quickly, and urinary urgency or frequency – ovarian cancer is often diagnosed in late stages when it is more difficult to treat.

Wahlberg feels fortunate to have met the woman behind Jodi’s Race, Jodi Brammeier, and is honored to support her legacy. Brammeier, who was just 41-years-old when she was diagnosed with ovarian cancer, believed her cancer would have been discovered earlier if she had known the symptoms of ovarian cancer before her late diagnosis. She created Jodi’s Race for Awareness to educate other women about the symptoms so they might find their cancer earlier and stand a better chance to survive the disease. Sadly, Brammeier lost her battle with ovarian cancer shortly after the inaugural run, but her spirit lives on in the Race.

Wahlberg shares that same passion and is dedicated to spreading awareness. “I encourage women to pay attention to their bodies and tell their doctor about any unusual symptoms as that can lead to being diagnosed early – like I was – and a long, cancer-free life.”

Wahlberg has enjoyed watching Jodi’s Race for Awareness grow during the past ten years. Today, Jodi’s Race is the largest ovarian cancer run/walk west of the Mississippi River and one of the top ten largest 5Ks in Colorado. In addition to spreading awareness messages, Jodi’s Race raises funds that support programs provided by the nonprofit Colorado Ovarian Cancer Alliance (COCA) including support groups, individual counseling, financial assistance, an Ovarian Cancer Resource Guide, comfort kits, educational programs and so much more.

About Jodi’s Race for Awareness
Jodi’s Race for Awareness was started in 2010 by Jodi Brammeier, a young wife and mother who believed her cancer would have been discovered earlier if she had known the symptoms of ovarian cancer. Jodi’s Race has raised more than $1.25 million to educate and assist Colorado women diagnosed with the disease. Although Brammeier lost her battle with ovarian cancer shortly after the inaugural race, her spirit lives on at the annual event that helps raise awareness so that other women might find their cancer earlier and stand a better chance to survive the disease. Online registration is available at www.jodisrace.org.
All money raised from Jodi’s Race remains in Colorado and funds initiatives that support women with ovarian cancer, including COCACares Financial Assistance, Nicki’s Circle Support Groups, the Ovarian Cancer Resource Guide, Comfort Kits for the newly diagnosed, an annual Raise Awareness campaign, and Survivors Teaching Students: Saving Women’s Lives®, a national program of the Ovarian Cancer Research Alliance (OCRA).
In addition to participating on June 8th, supporters can also register for a Virtual Run or an Ova Sleep option at www.jodisrace.org. More information about COCA and its programs is available at www.colo-ovariancancer.org.