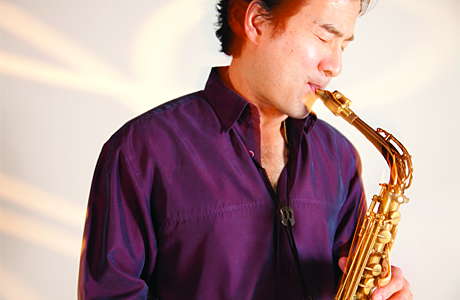 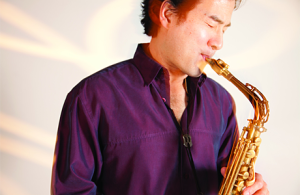 Saxophonist Jeff Kashiwa is performing next in the All Fours Entertainment charitable concert series. The show is July 12th at Jazz at Jack’s and starts at 5:30 p.m.

Kashiwa will be performing selections from his brand new CD Let It Ride. Let It Ride features a host of great musicians in the world of Contempory Jazz; Russ Freeman, David Benoit, Chuck Loeb and Tom Schuman of Spyro Gyra. Let It Ride has been in the top 4 Best Sellers in Smooth Jazz on Amazon.com for the past few weeks.

Jeff Kashiwa became known as one of the most compelling young saxophonists in contemporary jazz during his first year with The Rippingtons. In 2004, Kashiwa founded The Sax Pack, a trio of saxophone headliners, featuring himself, Steve Cole and Kim Aters. Kashiwa now has nine CDs released under his own name.

A portion of proceeds from this event will go to Ability Connection Colorado as part of the All Fours Charitable Concert Series.