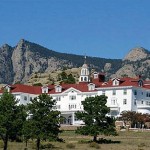 (Denver, CO)  The Stanley Hotel, part of the Grand Heritage Hotel Group, announced today the inaugural Stanley Film Festival (SFF) that will run May 2 – 5, 2013 in Estes Park, Colorado. The four-day event will celebrate the best in independent horror cinema with a full slate of films, panels, student competitions, audience awards and receptions  all at the beautiful and historically haunted Stanley Hotel.

“The Stanley Hotel is iconic not only for being one of the great historic hotels of our country, but also for the inspiration it gives to its fans. From the making of The Shining to the one million people that have toured the hotel in the last three yearsÉit has inspired generations,” says Grand Heritage Hotel Group Founder and President John Cullen. “I hope to honor The Stanley Hotel and propel horror filmmakers to create and exhibit their work for a new worldwide audience.”

“It’s an honor to join the Stanley Film Festival team in its inaugural year and build a prestigious cinematic event specifically for the horror genre,” says Festival Director Jenny Bloom. “The Stanley Hotel’s history with Hollywood and real paranormal activity makes it such a natural fit for an annual celebration of film.”

The Stanley Hotel:
Famous for its old world charm, The Stanley Hotel boasts spectacular views in every direction and is less than six miles from Rocky Mountain National Park. Multi-million dollar renovations have restored this 155-guestroom hotel to its original grandeur. Listed on the National Register of Historic Places and member of Historic Hotels of America; only an hour away from Denver, it is ideal destination for a Colorado getaway.