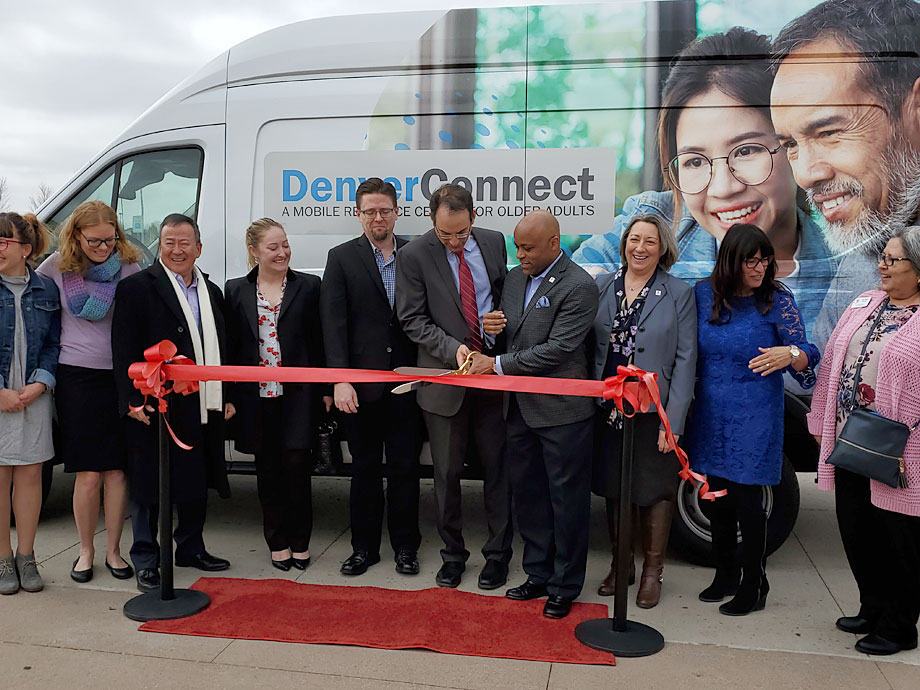 Office of the Attorney General, Denver Mayor’s Office, and other local agencies partner to combat isolation and fraud ~ 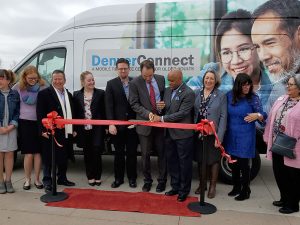 Apr. 12, 2019 (DENVER, Colo.) — Attorney General Phil Weiser, Denver Mayor Michael B. Hancock and Jayla Sanchez Warren, Director of the Area Agency on Aging today launched DenverConnect, an innovative mobile resource center that will bring state and city services and resources to neighborhoods and places where older adults live and gather. The DenverConnect van was officially launched at the Montbello Recreation Center in Denver.

The vehicle will be a customizable van that includes a pullout table and chairs, technology services and a staff person who will connect older adults across the city to their communities by coordinating services with partnership agencies. This model could expand throughout the state.

“In 2017-18, reported money and property losses to older Coloradans totaled nearly $22.2 million dollars. We know that isolation among older Coloradans is pervasive and associated with an increased likelihood of financial exploitation and poorer health outcomes over time. DenverConnect is a collaborative solution to link older adults to their communities and to bring awareness to important resources for aging in place with dignity and respect,” said Attorney General Weiser.

In addition to being a financial partner, the Office of the Attorney General will be providing information and training from the state’s ‘Stop Fraud’ campaign through the DenverConnect van on how older Coloradans can protect themselves from becoming victims of scams.

“This is about protecting every member of our community and meeting people where they are,” Mayor Hancock said. “We need to make sure no one is isolated or left behind, and that means delivering resources directly to our older residents who may be vulnerable.”

The Office on Aging led the DenverConnect project, collaborating with more than 20 other departments and agencies such as DRCOG Area Agency on Aging, Denver Public Library, Latino Age Wave, Denver District Attorney’s Office, Office of Economic Development, AARP, Denver Community Planning and Development, and many others.

DenverConnect was a solution born out of a problem statement presented to a team of state and local governments at the Governmental Entrepreneurial Leadership Accelerator (GELA). Faced with the challenge of reducing isolation for an aging population, a team of program participants worked with the Office on Aging and proposed a mobile community center to combat several issues that stem directly from isolation from sources of assistance.

GELA encourages governments to solve problems to pressing public policy challenges in innovative ways. GELA launched in 2016 as a pilot program between the Silicon Flatirons Center for Law, Technology, and Entrepreneurship and the City and County of Denver. Silicon Flatirons was founded by Attorney General Phil Weiser in 1999 as a center for innovation at the University of Colorado Boulder.