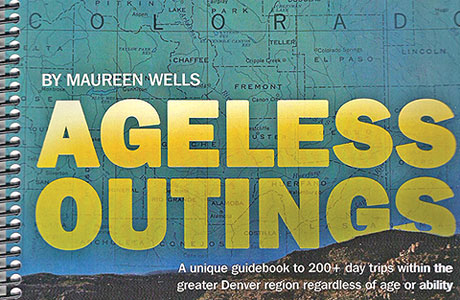 Maureen Wells has enjoyed escorting cognitively and physically handicapped seniors via her Daytripping program since 1997. Having led over 1900 Daytrips, Maureen has gleaned an extensive knowledge of “places to go” to destinations throughout the greater Denver region. Ageless Outings was initially created in response to numerous Daytripping family members asking her for a list of “all those great places you have taken Mom”. 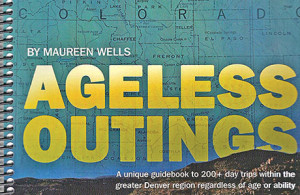 In 1998 Maureen established Daytripping, Inc. and expanded the program to include the north Denver area. Since November 1999, the Daytripping program became linked to the Johnson Adult Day Program in Englewood with Maureen managing the program. Until “retiring” in early 2012, she led Daytrips three days a week.

Besides Daytripping, Maureen provides Unforgettable Art Programs, an endeavor that she began fithteen years ago. Unforgettable Art programs present artwork to small groups. When her sons were in elementary school, Maureen was one of the art program’s “picture ladies”, which planted the idea of presenting art prints to small groups. Over the years, the Unforgettable Art program has evolved to be a cognitively stimulating program for seniors as well as a refreshing format for a wide variety of groups of all ages, who just want to appreciate art on site. Recently she has begun training others in presenting these programs.

When Maureen first learned about an art for Alzheimer’s program at New York City’s Museum of Modern Art (MoMA), she attended one of their monthly programs to view it first-hand. Finding several similarities between her Unforgettable Art program and MoMA’s “Meet Me at MoMA-Alzheimer’s Project” program, she eagerly attended several of their workshops. Since then, Maureen has been introducing local art museums and agencies in the MoMA style techniques of presenting art to those with dementia and their caregivers.

On a personal note, Maureen has a wonderful husband of 36 years, Bruce who has been very supportive during the writing of Ageless Outings and its revisions. Their eldest son Andy works in Seattle with a Public Affairs consulting firm. Son Dan is a physician in his 3rd year as a Radiology resident in Denver.

This 3rd edition of Ageless Outings updates the original 2003 publication with 52 new destinations and nearly 80 changes in the Restaurant Listing. Over 30 destinations have been deleted due to their going out of business or no longer offering public tours.

Electronic formatting now permits any updated information to be readily accessible. Ageless Outings has been enthusiastically utilized by: