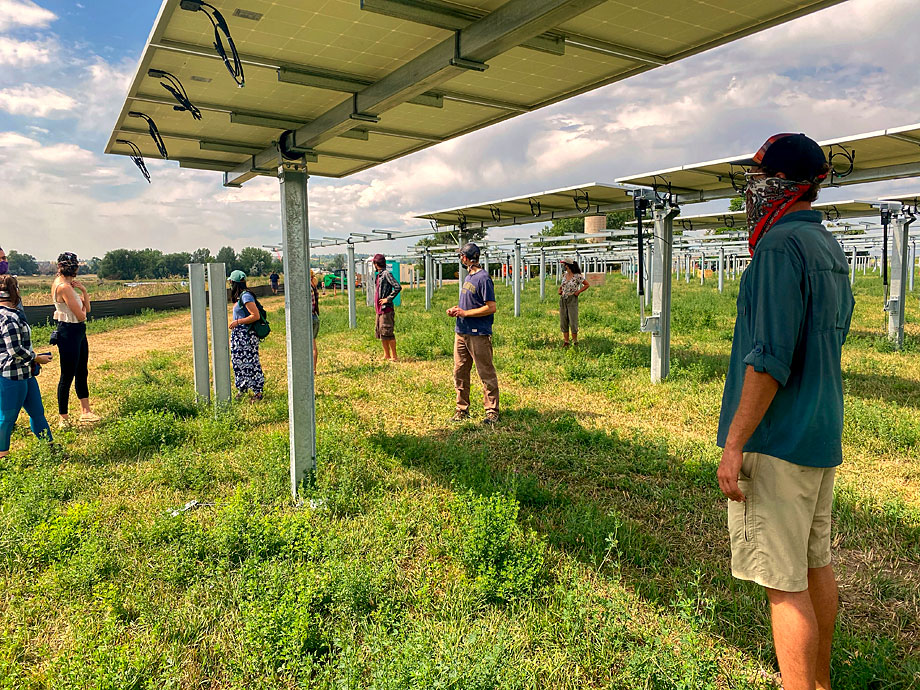 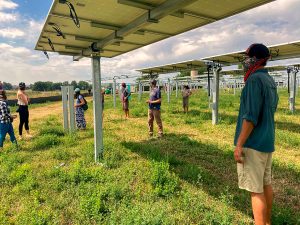 Sprout City Farms, a farming nonprofit, is breaking ground on their fourth farm in Longmont, Colorado in partnership with Jack’s Solar Garden, a locally-owned social enterprise and solar farm. The organization plans to cultivate the five acres of land underneath the solar panels at Jack’s Solar Garden in a new agricultural practice called agrivoltaics — where food is grown underneath solar panels raised six to eight feet off the ground. This will be the largest agrivoltaics site in the country for crop production, joining together research partners like Colorado State University, University of Arizona, Colorado Agrivoltaics Learning Center, and the National Renewable Energy Laboratory.  Sprout City Farms is working to raise $15,000 to help build the infrastructure for Jack’s Solar Garden that will support the farm for years to come.

To celebrate the new farm and the start of the Crowdfunder on GoFundMe, the organization will host a virtual Launch Party on March 12 from 6-7pm to promote the partners that are making Jack’s Solar Garden possible, highlight the myriad of projects in store, and share information about agrivoltaics and its potential for creating a more sustainable and profitable future for the agriculture industry. Jack’s Solar Garden will not only feature research, but meaningful food distribution, farmer training, and community building programs as well. Food grown at the farm will be distributed through various food access programs to support those experiencing food insecurity in Longmont, as well as sold at the local Longmont farmers market. Learn more about Jack’s Solar Garden and support their efforts here: www.sproutcityfarms.org

The crowdfunder begins on March 12th and ends in a Groundbreaking Ceremony on April 17th, where partners and community will gather in the field at Jack’s Solar Garden to prepare the land for spring planting. All are welcome to attend, details forthcoming at www.sproutcityfarms.org.