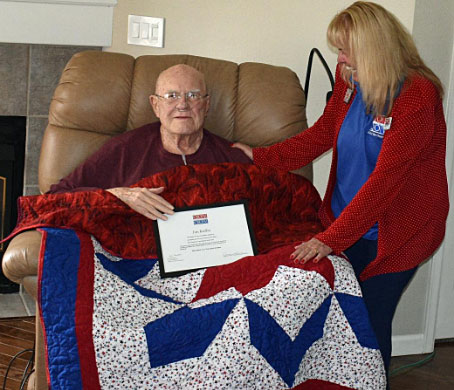 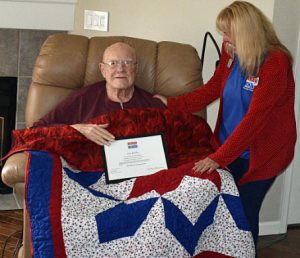 Cooper’s Troopers, a monthly luncheon group of veterans from WWII, Korea, Vietnam, the Middle East, and all the in-between conflicts, are still meeting at AmLeg Post #161 in Arvada. S/Sgt Ed Cooper, a China Marine, Arvada businessman, began this informal organization in the early 1990s.

This month (April), Maj Gen William F. Mullen III USMC (Ret), now residing in Arvada, spoke to the group’s luncheon about his deployments to Iraq in 2005-6 and then again in 2015-16. He covered his mission assignment with details of the challenges, successes, and lessons learned. It was an outstanding presentation.

Each month, Denver area Marines, Corpsmen, members of other military branches, and veterans of all wars meet to renew acquaintances, give each other the respect they have earned as defenders of America’s freedom and listen to a guest speaker on a related military subject. It is all in the spirit of re-bonding and remembering those lost in battle who gave so many of their yesterdays to our great nation.

The clarion call goes out to any Veteran who wants to join in this luncheon activity. The meetings are every month (the Third Thursday of every month) @ Wilmore-Richter AmLeg Post #161, 6230 W. 60th Ave., Arvada, CO 80003. Contact Grady Birdsong at 303-466-6491 or email: gradytbirdsong@aol.com.

Grady T. Birdsong is a Veteran Advocate and Author, To the Sound of the Guns: 1st Bn, 27th Marines from Hawaii to Vietnam 1966-1968 (BirdQuill 2018). Co-Author with Colonel Bob Fischer, The Miracle Workers of South Boulder Road: Healing the Signature Wounds of War (Bookcrafters 2016).