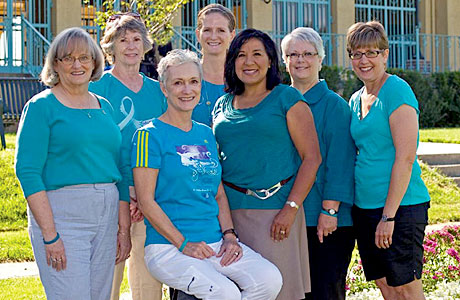 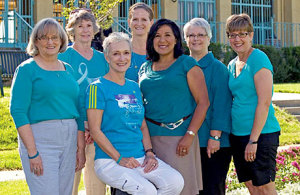 Jennie McGihon, who at 32-years-young wrote about her treatment for ovarian and uterine cancers in the witty, you-picked-the-wrong-girl-to-mess-with blog, “Are You There Cancer? It’s Me, Jennie,” will be the guest speaker at the inaugural “Teal To-Do” Gala Thursday, September 18 in the Grand Ballroom of the Denver Athletic Club. Hosted by the Colorado Ovarian Cancer Alliance (COCA), the Gala’s mistress of ceremonies for the evening will be popular KMGH-TV 7 News anchor and investigative reporter Theresa Marchetta. A two-time thyroid cancer survivor, Marchetta lost her sister to ovarian cancer.

McGihon is a national spokesperson for the Centers for Disease Control’s “Inside Knowledge” public awareness campaign and was the 2013 co-chair of the National Race to End Women’s Cancer.  A development director for the Inova Health Foundation in northern Virginia, she also served as an advisor to the documentary film project “N.E.D.,” which tells the story of a rock band of six cancer surgeons.

Proceeds from the “Teal To-Do” will support the COCA.Cares Financial Assistance Program, which grants $500 a month for women facing both ovarian cancer and financial hardship. Many of the recipients have become low-income for the first time as they lost their jobs when surgery and chemotherapy led to missed days at work. COCA.Cares directly pays the bills for medicine, mortgage and rent payments, utilities, and other basic daily needs of women who are in treatment. The goal of the gala is to “wipe-out the wait-list” of numerous women in need whom COCA can’t afford to help.

Katie Reinisch, interim executive director of COCA, said, “I can’t imagine getting hit with that first punch: ovarian cancer. And then, another: loss of income. I met this amazing single mom, Laurie, who has three kids and has usually worked several jobs to keep the family going. When she got ovarian cancer, she told me she had just two places to turn, to her father and to COCA.Cares.”

September is observed nationally as Ovarian Cancer Awareness Month. Knowing the symptoms of ovarian cancer – bloating, abdominal pain, feeling full quickly, and urinary frequency – can save a woman’s life. To get this important message out to all Colorado women and to the families and friends who love them, COCA is promoting Friday, September 5 as “Wear Teal Day.” Teal is the ovarian cancer community’s color and serves as a reminder that ovarian cancer is the fifth most common cancer in females in the United States but it is the deadliest gynecologic cancer. Pap tests do not screen for ovarian cancer. As there is no test for ovarian cancer, recognizing the symptoms and being diagnosed early are critical to saving lives.

At the beginning of September, the Denver Civic Center Tower will turn teal in support of ovarian cancer awareness and promoting September 5 as “Wear Teal Day” is an effort to bring even greater focus on the disease. In addition, symptom cards and signs will be displayed and distributed statewide highlighting the four most frequent ovarian cancer indicators.

“I believe educating the public about the symptoms of ovarian cancer is the single most important thing we can do,” says 70-year-old Mary Phillips, who is an ovarian cancer survivor and president of the COCA board.  “If I had known these symptoms, I could have pushed the doctors much harder and been diagnosed sooner.  That’s why the work of the Colorado Ovarian Cancer Alliance in spreading the word is so important − so that other women can catch this disease early.”

The mission of the Colorado Ovarian Cancer Alliance is to promote awareness and early detection of ovarian cancer through advocacy and education, while providing support to people affected by ovarian cancer.