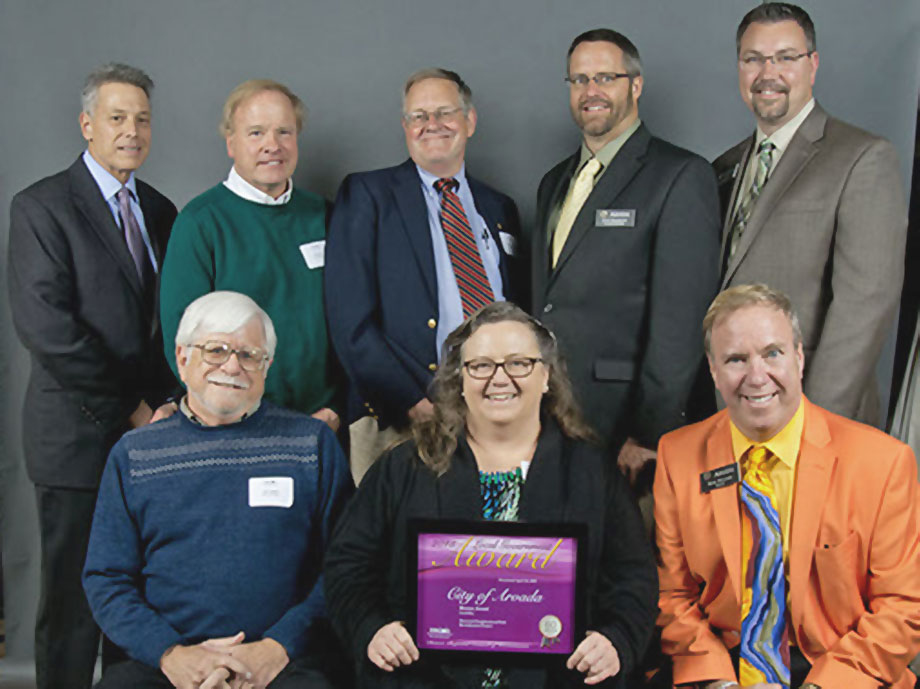 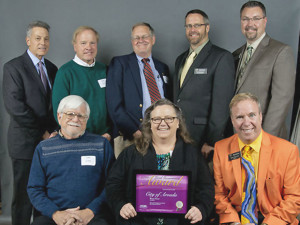 Arvada, CO – The City of Arvada was honored by the Denver Regional Council of Governments (DRCOG) for its project to revitalize Memorial Neighborhood Park. The award was presented to Arvada representatives at the regional council’s 2015 Awards Celebration and 60th Anniversary, held April 22 at the Seawell Grand Ballroom in the Denver Center for the Performing Arts Complex.

Memorial Neighborhood Park is a well-used 12-acre park in Arvada’s densely populated urban core. The neighborhood was chosen as the first project in the City’s innovative City Neighborhood Revitalization program and residents and park users established a master park plan to resolve usage conflicts and to re-establish a neighborhood focus to the park, all in keeping with Metro Vision core principles. In presenting the award, DRCOG Secretary Bob Roth said the detailed and sensitive manner in which all participants worked together to determine neighborhood and park user needs and concerns and fashion design solutions allowed the park to re-emerge as a recreation facility that successfully blends and separates park components to benefit all users.