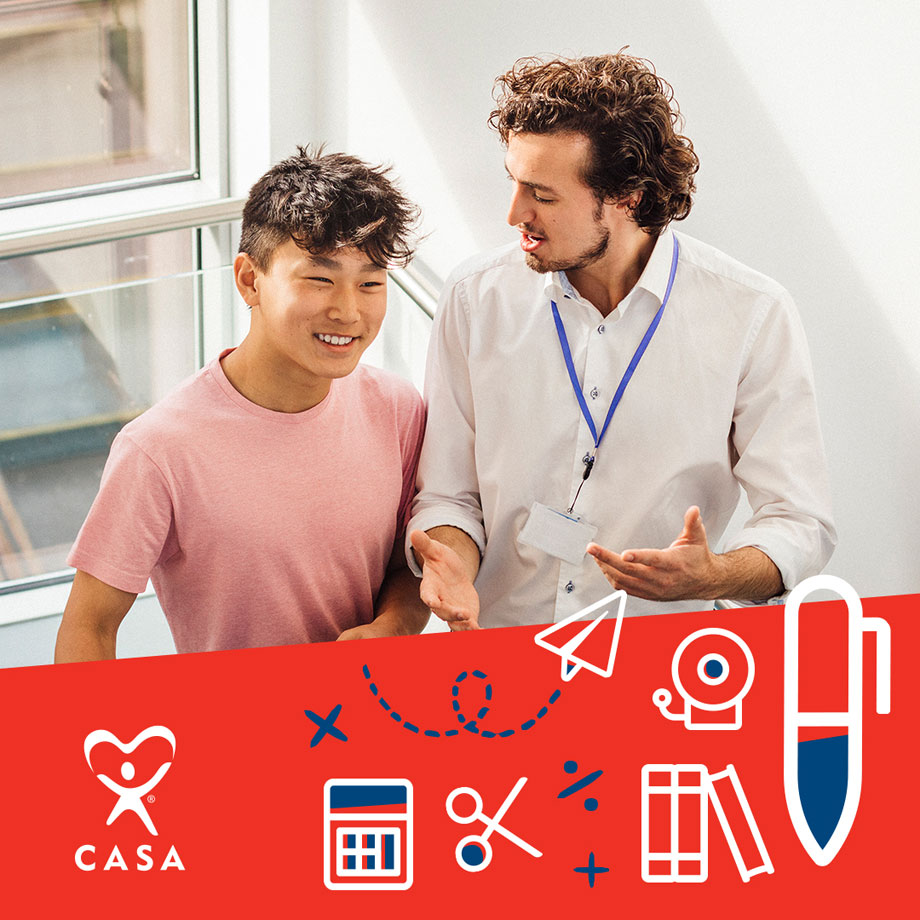 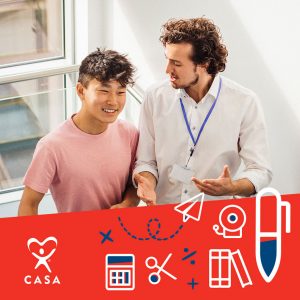 Adams & Broomfield Counties, Colo.,- Many children & youth are returning to schools after long periods of remote learning, and entering a new school with higher levels of uncertainty. For children dealing with the additional stress and trauma of a family crisis, a new school year can feel even more daunting. CASA (Court Appointed Special Advocates) recruits and trains volunteers to advocate for children in the court system to be their voice in court, and can also provide invaluable advocacy in the classroom.

We saw the importance of educational advocacy in the work of CASA Volunteer Pete, who has been a CASA volunteer since January 2020 and has served on four cases so far. He learned early on as a CASA to ask the GAL (Guardian ad litem, attorney for the child) and Caseworker how he could be of most support in his role. Because their caseloads are so full and they are so busy, they often suggest that he reach out to the schools to support the educational advocacy of the team.

On one of his previous cases, he supported a boy in the first grade. He noticed from his very first visit with the boy that he was extremely verbal and had a depth of knowledge regarding high-level topics that was unusual for his age. While his intelligence was quite apparent, he had not consistently attended school prior to the opening of the case and often demonstrated agitated behaviors at school when he did attend. Pete was worried that the boy might not be showing his true capabilities at school because of his exposure to trauma, his lack of consistent attendance, and his penchant for becoming easily bored and acting out. Pete set up meetings with his current and former teachers early on to learn more about the boy’s abilities. Based on what he learned, he began advocating for the boy to be tested for gifted and talented status with the school. He partnered with the boy’s caregivers to help lead this charge as well. He was successful in getting the boy tested a year earlier than is typical in schools. The boy was put on a watch list for gifted children and was still invited to attend GT camp hosted by the school. Pete reports that the boy is now reading at a 5th grade level and his skills and abilities are being challenged at school.

While this case has now successfully closed, Pete is still in communication with the boy’s caregivers and is supporting their efforts to continue to advocate for his educational future. He rests assured knowing that the boy will continue to be monitored by his family and school for future giftedness. When the case closed, the GAL reported to the magistrate in court that, “I believe Pete’s interest and follow through helped get [the boy] the attention he deserved [in school].”

From his own experience, Pete says, “The CASA has more time and interpersonal interaction with the teachers and family and can find things that the busy professional team might not have time to do. Once you raise it up, then they’ll start looking at it too.”

Pete’s story highlights just how important the role of a CASA is in working with the child’s school to ensure their success – both while a case is open, and long into the future as well.

CASA is seeking volunteers this Back To School season to join their efforts and, like Pete, help a child in the court system. CASA Volunteers provide invaluable insight into the life of a child, and help ensure they receive advocacy not only in the courtroom, but the classroom as well. Stories like Pete’s show a CASA volunteer’s unique ability to interact and build relationships with everyone in the child’s environment who has a hand in their education—parents and foster parents, teachers, school counselors, social workers, attorneys, therapists and others, providing advocacy that makes a real difference to their futures. Learn more about how to become a CASA Volunteer at CASA17th.org