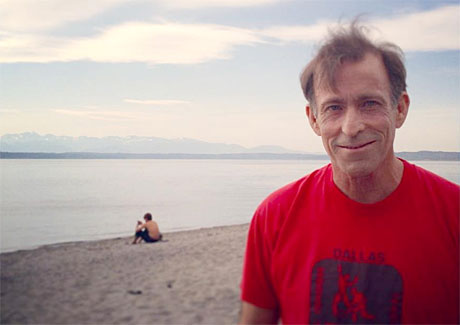 John was one-of-a-kind. Unlike many men today, he wore his heart on his sleeve. He couldn’t hide an emotion if his life depended on it. He knew how to hit a golf ball, a nerve and grow just about anything in the garden, but perhaps his best talent was his way with the written word. 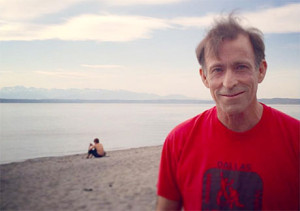 Most recently, a perfect day for John included spending time in the backyard with his grandsons, a mid-afternoon nap, making his own version of the Gramercy’s peas and shells for dinner and heading to a billiards tournament late in the evening, all while stirring up some political debates on Facebook. He rarely went a day without making a new friend or being “de-friended” by an old one, and he never let an opportunity pass to tell a story about Pittston, PA.

John was born to William “Pidge” Watson, Jr. and Gloria F. Manganiello on June 28, 1955 in Pittston. His brother, William “Cowboy” Watson III, was born just ten months later, and the loving sibling rivalry began. John spent much of his youth with his grandparents, William and Marion (Dessoye) Watson of Pittston and John and Grace (Leonard) Manganiello of Exeter. He attended St. John’s for elementary and middle school and after a year at Scranton Prep transferred to Pittston Area and graduated in the Class of 1973. He attributed the school transfer to wanting to attend school with his first love, future wife, and mother of his children, Bonnie Flannelly, whom he married in 1977.

John spent much of his professional life at the Sunday Dispatch, which was founded by his grandfather and John Kehoe in 1947. John wrote a weekly column for the Dispatch that was often about local or national politics and occasionally about his personal life. A column about a boating fiasco on the Susquehanna with one his daughters won him an award from the Pennsylvania Publisher’s Association. He later became the newspaper’s publisher and spent time writing a golf column for the Times Leader. Until his last day, he looked back on the years with the newspaper as the best times of his life and considered everyone he had worked with as family.

He was a member of Glenmaura National Golf Club and Fox Hill Country Club, where he cherished playing in tournaments such as the John Allan, Presidents Cup and the Maniac Open. In the days before cell phones, his family members knew that if he was not at the Dispatch or on the golf course, he could be found at the Gramercy having lunch with his closest friends.

During his last few years in Pennsylvania, he spent time living at Lake Winola, where he forged a relationship with Halleluyah Walcott, whom he considered his son. He also welcomed friends and family for many memorable gatherings. In 2000, John moved to Florida to live closer to his mother and enjoyed what he hoped would be a leisurely lifestyle filled with tee-times and happy hours. John referred to the following years after his mother’s death and the tech bubble burst as his Ôtropical depression,’ and well, we’ll just leave it at that.

In the years that followed, he moved to the small, quiet town of Avon, Colorado to live near his daughter, Juli and her husband, Ryan Walsh. While he worked the front desk at the St. James Place, he became an accomplished skier, conversational in Spanish, and he reconnected with family.

After the birth of his first grandson, he moved to Seattle, WA to live near his daughter, Pamela and her husband, Kevin Rivers. He fell in love with his new home in the Ballard neighborhood of Seattle, where he began writing again and found a truly special group of friends.

John believed that the goal in life was to keep peace, a sense of belonging, of loving and being loved in your heart even when everything seems to be working against you. He admittedly was not entirely successful in this pursuit. His family and friends are glad that he has finally found his peace. Please come and celebrate his life with us at St. John the Evangelist Church on Friday, July 19 with visitation from 9 a.m. until mass begins at 11 a.m.