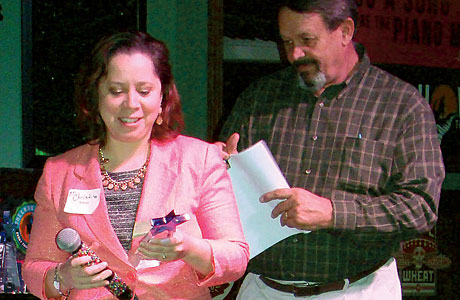 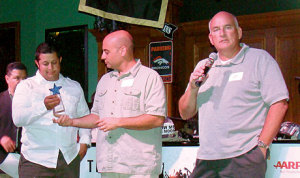 DENVER, CO – Annual awards and milestone successes were celebrated at the Brothers Redevelopment, Inc., fourth annual recognition gala on Oct. 16. Since 1971, Brothers has served a range of housing needs for Coloradoans each year. Notably, in 2014 Brothers worked alongside 2,500 volunteers to caulk, seal and paint the homes of 127 older adults in 19 cities along the Front Range. Collectively, the effort saved the seniors $533,000 in home maintenance costs.

Also this year, the Home Maintenance and Repair program staffers have repaired, modified and improved home safety for more than 200 homeowners who were elderly or and disabled.  Brothers relies on the generosity of individuals and foundations and works with local governments to accomplish the modifications.
Several partnerships that enable Brothers to meet so many housing needs were recognized during the evening. 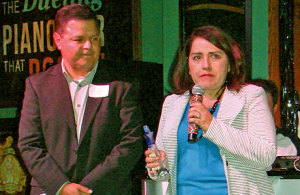 The 2014 Advocate Extraordinaire Award was presented to Wells Fargo Bank and its Team Member Network. Maria Sepulveda accepted the award for Wells Fargo, which was given to recognize the bank’s contribution of both sweat-equity and financial-equity to make a difference for metro-area homeowners. A long-time supporter of Brothers, this year Wells Fargo fielded two teams of volunteers to paint two homes belonging to seniors. The company also donated $30,000 to enable Brothers to make critical accessibility, mobility and safety modifications to both homes, allowing the homeowners to remain in their homes. Modifications included ramps, grab bars and railings.

The 2104 Great Neighbor Award was presented to the Brighton Fire Rescue District. As the city of Brighton’s annual paint-up fix-up day approached – an event the district has participated in every year – Brighton Fire team members chose to work on the home of a veteran and double-amputee and his wife. Mobility and accessibility were extremely difficult for the veteran and a concern to his wife. Through the team’s efforts, the local Home Depot donated nearly a houseful of laminate flooring and Brighton Fire volunteers pulled nearly a house-full of carpet and installed laminate flooring to eliminate wheelchair hazards.

The make-over included grab bars in key places, a ramp to the back porch, a roll-in shower to replace the tub … and extensive yard work.  Over multiple days, nearly 40 volunteers worked inside and out to improve the veteran’s accessibility and safety and the ability of his wife to care for him at home.  The award was accepted by Fire Chief Mark Bodane and the firefighters who spearheaded the project, Lt. Brian Olivas and Lt. Gary Dawson. 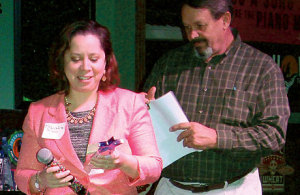 The 2014 Share the Vision Award was presented to the Denver Metro Fair Housing Center, which underwrote a startup grant for Colorado Housing Connects. CHC is a new housing helpline that provides real-time resources and referrals for just about any non-emergency housing question a caller might have.  In addition to believing in the concept, DMFHC works with Brothers to spread the word about fair-housing issues across the Front Range and, soon, across the whole state.  DMFHC Executive Director Tasha Lynch accepted the award. 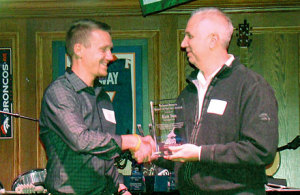 The Roland Buteyn Heart of Service Award is given each year to a Paint-A-Thon volunteer whose efforts shine and reflect the passion and compassion behind the program that spruces up more than 100 homes of older adults. The 2014 award was presented to Kurt Tetz of LenderLive. Tetz has been the LenderLive team leader and coordinated the group’s efforts, working to make the PAT a great experience for volunteers and homeowners alike.
The event sponsors also were recognized during the evening: Jordy Construction, AARP, Pillar Properties and Niesen Borth. Brothers President Jeff Martinez noted the celebration would not have been possible without the support of its sponsors.