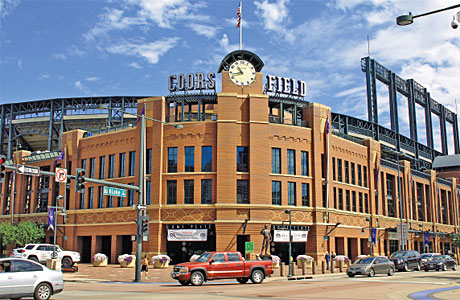 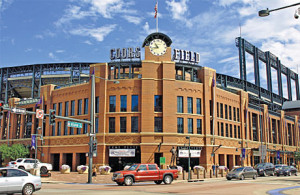 I was told that Denver would take my breath away.

First there’s the surprise. Denver is flat. Most visitors envision exiting the airport and finding themselves surrounded by snow-capped peaks. Nope.  Denver is the gateway to the Rockies; it’s not in the Rockies. You’ll have to drive a half hour or more before you’ll need your hiking boots.

Then, there’s the altitude. The thirteenth step of the state capi­tol, the gold-domed centerpiece of downtown Denver, is exactly one mile above sea level. This is a height that leaves most folks giddy from the clear, mountain air, but a few become woozy from lack of oxygen.  Hint:  take a deep breath, guzzle water, and eat carbs, which require less oxygen for digestion.

Finally, there’s the delight. Though you’ll undoubt­edly want to see the mountain heights, there’s charm aplenty down in the flats — a topnotch art museum, zoo, botanic gar­den, theater district. . .  the list goes on.

But there are also some lesser known attractions that you can’t find everyplace else. Here, a rundown of breathtaking expe­riences in the city proper.

Fitness Mecca — Denverites take the outdoors seriously, probably because with more than 300 days of sunshine per year, it’s a seriously beautiful city. To act local, take a morn­ing bike ride on some of the 850 miles of paved trails that crisscross and encircle the city.

No bike? No problem. Denver’s Bicycle program is the first large scale, bike sharing plan in the country. Eight dollars buys a day’s access to one of the city’s 800 plus red bikes, which are available at more than 80 sta­tions throughout the city.  https://denver.bcycle.com and www.traillink.com.

20th Century Design Pop — Kirkland Museum of Fine and Decorative Art is home to some of the best Arts & Crafts, Bauhaus, Art Deco, Modern, and Pop art in the country. Among the more than 3,500 objects are chairs by Frank Lloyd Wright and Charles Rennie Mackintosh; hundreds of pieces of 20th century ceramics, tableware, glassware and metal ware; and even an iconic Electrolux vacuum cleaner.

Much of the art is displayed in galleries that resemble a hom­ey living room. The result is an exceptionally unusual, informa­tive and classy museum.   www.kirklandmuseum.org

Modern Talk — Imagine listening to two experts dis­cuss such disparate topics as “Machiavelli & Fresh Meat Sausage” or “Minimalism & Giant Wombats.” This is what happens during the Museum of Contemporary Art’s series titled “Re-Mixed Taste: Tag Team Lectures on Unrelated Topics.” Each guru has 20 minutes to make his point, after which the audience jumps in to ask ques­tions in an attempt to force the seemingly unrelated to relate. Bizarre? Occasionally. Fascinat­ing? Always.  http://mcadenver.org/mixedtaste2014.php

Star Status — Denver is one of only twelve U.S. metro areas that’s represented by teams of all four major professional sports leagues. It’s a rare week when there’s not a game in play.

But unlike the other eleven cities, Denver boasts some­thing extra. They have rarefied mountain air that makes balls soar further, pucks glide faster, and beer — for which the city is also famous — taste better.

Wild at Heart — So, you want to see some bison, the celebrated symbol of the Wild West? The Rocky Mountain Ar­senal National Wildlife Refuge is just minutes off the interstate that joins Denver International Airport and the downtown area.

At more than 15,000 acres, the refuge is one of the largest urban open spaces in the coun­try and home to more than 330 species of birds and animals. Here you can see not only bison and deer but also red tailed hawk and bald eagle.

But the refuge has been used for more than animals. During and after World War II the land was the site of one of the coun­try’s largest chemical weapons manufacturing facilities. That story, as well as the one about the extensive cleanup that followed, is told in a somber, not-to-be-missed exhibit in the refuge’s visitor center.  http://www.fws.gov/refuge/rocky_mountain_arsenal/

Pinnacle Climb — As the largest city for nearly 800 miles in every direction, Denver has major malls as well as trendy boutiques. But the most unique place to drop your dollars is at Recreational Equipment, Inc., better known as REI.

At 94,000 square feet, Denver’s flagship store is 3½ times larger than the average REI, which means that in addition to a mind boggling array of out­doorsy clothes and equipment, it is one of only a few stores that has a track on which you can test your mountain bike and a 47 foot tall, free standing monolith replete with hand cracks, finger cracks, back cracks, and more. Here, for a price, you can practice scaling a sandstone boulder like those on Colorado’s Front Range — and you won’t even need the sunscreen.

Like so many things in Denver, it really is enough to take your breath away.  http://www.rei.com/stores/denver.html