Highlights Include Performance by the Legendary Glenn Miller Orchestra, Reverent Boulder event brings costumes and nostalgia to the Boulder Airport on Saturday, June 17, 2017 ~ 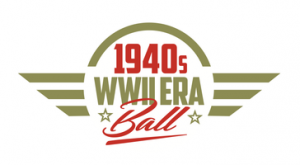 DENVER – The Boulder Airport will blast into the past Saturday, June 17, 2017 with the 1940’s World War II Era Ball. In its ninth year, the large-scale charity ball and destination event will transport two-thousand plus guests back to the 1940’s through music, costumes, food, drinks, and dancing. The 2017 Ball will benefit The Colorado 10th Mountain Division, The Commemorative Air Force, and Rocky Mountain Honor Flight.

A USO-style event, the 1940’s WWII Era Ball will feature live music reminiscent of the era from five bands including the world famous Glenn Miller Orchestra, the Jeremy Mohney Swing Band, Joe Smith and the Spicy Pickles Jazz Band,  the Hot Tomatoes Dance Orchestra and the La Pompe Jazz Swing Dance Band. Guests will have the opportunity to mingle and dance among 1940’s classic cars, WWII planes, military vehicles, and re-enactors. The evening’s entertainment will also include performances by The Satin Dollz, and performers impersonating Bob Hope, Frank Sinatra, and Carmen Miranda. A multitude of swing dancers and performers, as well as performances by the Tribal Misfits, beautiful ladies performing authentic Moroccan 1940’s belly dance, to complete the entertainment roundup.

“We are proud to host this annual celebration of ‘The Greatest Generation’ and the iconic figures of their era,” stated creator Khyentse James. “Every year we welcome guests to the Ball who are passionate about the era and have traveled to Boulder just for this special event. This year we are particularly excited to have the legendary Glenn Miller Orchestra performing, which will surely be a highlight of the evening.”

The 1940’s WWII Era Ball kicks off at 4 p.m. on Saturday, June 17, 2017 with general admission doors opening with a red carpet paparazzi arrival at 5 p.m. Music, food, drink and revelry will continue until 1 a.m. Tickets, photos, costume inspiration, and more information are available online at 1940sball.org.