Bitcoin: More than a Bit Risky 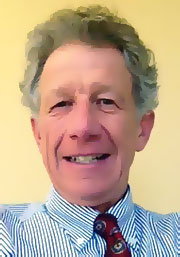 Bitcoin, and other so-called virtual currencies, have received considerable media attention lately. Media reports have focused on the currency’s potential promise to businesses and consumers.  But there is another side to this coin, including very real abuses and criminal activity associated with it.  Bitcoin is a payment system that uses its own currency to conduct transactions.  It uses an electronic medium of exchange that, unlike real money, is not controlled or backed by a central bank or government. This currency, which is stored in an electronic wallet or “e-Wallet,” can be bought or sold through virtual currency exchanges and used to purchase goods or services where accepted. Two attractive characteristics of virtual currencies are lower transaction fees and greater anonymity.

Today, more and more vendors are beginning to accept virtual currencies in lieu of traditional currency and investment in virtual currencies, such as Bitcoin, Ripple, or Litecoin, are becoming increasingly common. The popularity of virtual currencies has been surpassed only by the risk and controversy surrounding this new medium of exchange. Here is a list summarizing some of the risks associated with virtual currencies:
Virtual currency is subject to minimal regulation, susceptible to cyber-attacks, and there may be no recourse should the virtual currency disappear.
Platforms that buy and sell bitcoins can be hacked, and some have failed.

The bottom line is that individuals should be extremely cautious and diligent when it comes to investing in virtual currencies like bitcoin. If you have any questions or concerns about a virtual currency or particular investment opportunity, don’t hesitate to contact the Colorado Division of Securities at 303-894-2320.