Beware of the Ides of March

While we all remember this saying, we may not remember where it comes from or, even less likely, what is has to do with investing safely.  The Ides of March, which was last March 15th on our calendars, is little talked about, but an important day in history.  It commemorates the death of Julius Caesar, ruler and champion of the great Roman Republic.  In 44 B.C., Caesar met his downfall because he trusted his fellow senators, as well as his friend Brutus, whom he had treated like a son.  His trust was betrayed when over 60 senators, led by Brutus, brutally killed him on the senate floor (and we think our Congress is partisan!). 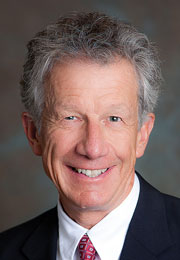 The Ides of March is important because it reminds us not to be too trusting, even of people we believe are our friends.  Many of us want to believe that we can place our full trust in others when we are making investment decisions.  Unfortunately, fraudsters know this too, and they develop trusting relationships, especially in close knit groups like church communities or small ethnic groups, which has led to one of the most prevalent types of fraud perpetrated on the senior citizen population, what we call affinity fraud.  Affinity fraud is characterized by the deception of investors who blindly trust a friend, family member, or community member that turns out to be a crook.  Many fraudsters abuse their connection to investors in order to ensure that the investor doesn’t research, question, or report bad investments, even long after things have gone south.

One of the recent examples of this in Colorado occurred in 2011 when Delroy Henry, a former Fort Carson soldier, was sentenced to 12 years in prison for stealing over $700,000 from fellow soldiers.  Henry preyed on his victims, exploiting the trust they placed in him because of their friendship, as well as the camaraderie built during their time serving together.  Many of the victims lost funds that were allocated for their retirement, and a number lost savings for their children’s college education.  Henry, meanwhile, used the bilked investments to purchase three cars, memberships in exclusive country clubs, and a costly vacation to Hawaii.

Now, I don’t want to tell you that you shouldn’t trust anyone.  There are lots of situations in which placing your trust in friends and family can reap great benefits, not to mention the emotional toll that constant distrust of others would take.  What I am saying is that where your hard earned money and financial stability is concerned, it pays not to blindly trust anyone, no matter how well you think you know them.

So your financial advisor or broker is your friend, a member at your church, or your son-in-lawÑthat’s fine. But first, do your due diligence. Check they he is licensed with the state, and that the security or investment he is offering is properly registered. Next, pay attention to your investments. Check your monthly statements, ask questions, and if something doesn’t look right, call us at the Division of Securities. Even if it’s uncomfortable to check up on someone you trust, isn’t that far more preferable to losing your retirement savings?

If you suspect that you or someone you know has become the victim of securities fraud, contact the Colorado Division of Securities at (303) 894-2320, or by visiting www.dora.colorado.gov/dos.