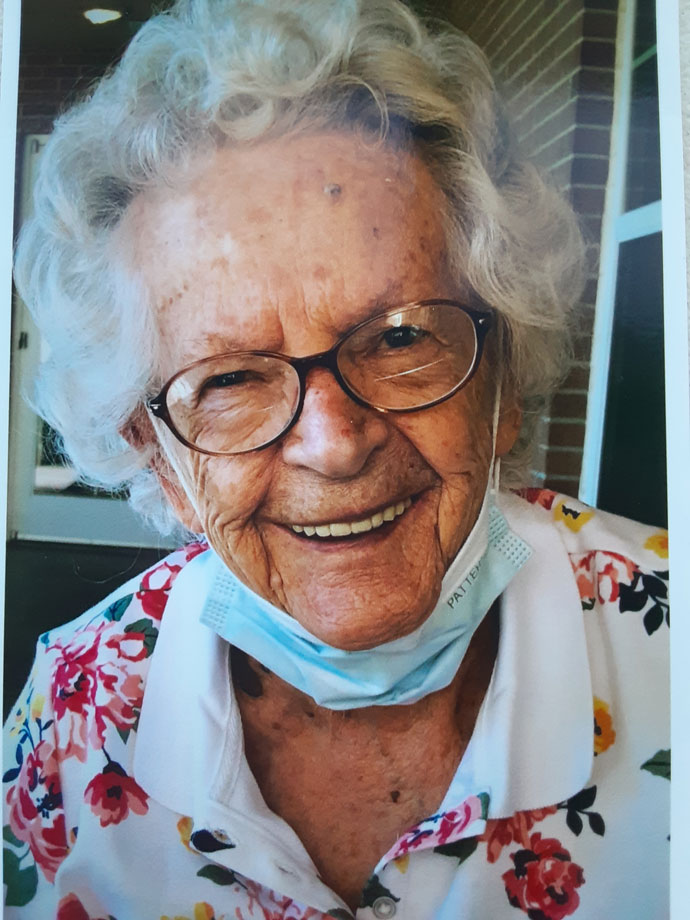 By the Family of Helena Virlee ~

Helena Virlee, a resident of Garden Plaza of Aurora, celebrated her 100th birthday on Sunday, September 20th. And thanks to GPoA it was quite a celebration, even in the midst of these COVID days. Garden  Plaza hosted an outdoor surprise party with all residents invited (masked and socially distanced) and managed to carve out a separate area for Helena’s immediate family to attend as well. They even had live music with The Rat Pack performing. Not only was Helena surprised by the party but she really enjoyed the music. Thank you GPoA. 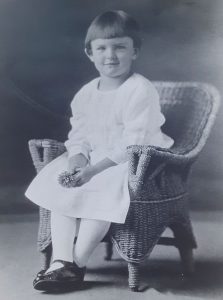 Helena’s journey to 100 began on a small farm in Door County, WI in 1920. Being the first-born and the only child for 7 1/2 years she automatically became her Dad’s little helper with the farm chores, a “status” she retained throughout her years living at home. Life wasn’t easy on the farm with no electricity or running water. Growing up during the Depression was difficult but as Helena admits, “at least we always had food on the table because we lived on a farm.” Helena learned to be frugal early in life, a trait ingrained to this day. She loved school and did well. She actually wanted to be a teacher until one day she was asked to watch over a younger class while the teacher was called out. She quickly lost control and decided teaching wasn’t her calling. That’s when she set her sights on office work. She loved typing, shorthand and math and after farm-life, office work held an appeal. Helena, being the determined, independent person she was asked for a meeting with the principal at the start of senior year. She presented her case that instead of taking classes that were of no interest or use to her, she wanted to take more business classes. She must have made a good case for herself because he agreed and allowed her request.

Her determination paid off. She became the personal secretary for the President of a department store; a few years later she landed a job at the Court House which was quite a feat for this farm-girl. 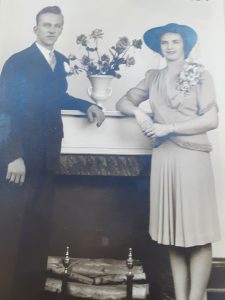 Helena met her husband-to-be (Norbert) in 1940; they married in 1942. They were a perfect match…both hard-working but fun-loving too. When Norb was called to active duty he was shipped out to San Diego Naval Base for schooling/training and to await orders to ship out. Not knowing how long that would be, they decided Helena would go out to CA to be with him until he shipped out. They found another Navy wife from WI (and her 4-year old son) to go along. So at 25 years old, Helena drove her ’37 Chevy from little Door County, WI to San Diego, CA…a week-long journey. Talk about determination, strength and courage. That’s our Mother!

After the war when life returned to normal, Helena and Norb started their family. They had 5 kids, 4 girls and finally a boy! Helena was a stay-at-home Mom who was involved with school and church activities and dedicated to her family. Norb once said that he couldn’t take credit for raising the kids but he sure could take credit for choosing the right woman!

Helena and her husband loved to travel and when their oldest daughter went to work for an airline they took full advantage of the benefits. If Helena thought getting her driver’s license at 16 (it cost 25 cents) was a happy day, imagine 30-some years later when she got her first passport! The world was theirs. When Norb and Helena retired they split their time between WI and FL. FL was a great place to board a cruise ship and again, they took full advantage and cruised often with family and friends.

Two weeks before their 70th wedding anniversary Norbert passed away. Helena spent one long winter in WI before deciding to move out to CO where all her kids had settled. She moved into a condo in Heather Gardens for a couple years but then she heard about Garden Plaza of Aurora. She visited, toured and made her decision on-the-spot. She moved to GPoA 5 years ago and is happily settled into her cozy little apartment. 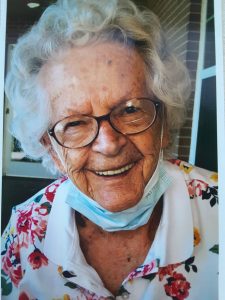 With Norb gone and no longer traveling, Helena finds her joy in her family. When everyone gets together she loves to sit back and just watch and listen…to see the responsible adults her kids have become, to hear the bantering and teasing, to feel the happiness and love. Helena is fiercely proud of her family, acknowledging each of the 5 kids has a unique personality. The kids admit their differences as well but they all agree on one thing: their values are strongly imbedded; they were taught by example and their mother’s gentle guidance. She is happy knowing her grandkids have grown into responsible adults and she especially loves the laughter and happiness the great-grandkids bring.