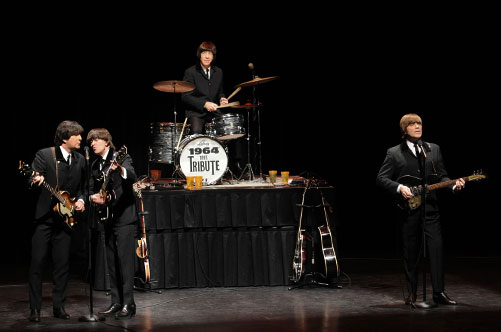 The #1 Beatles Show in the World ~

“The Beatles we remember were magical…1964 creates the magic!” –Dick Clark 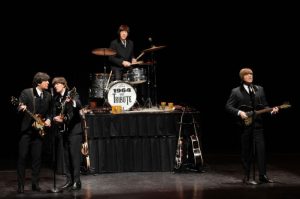 WHAT: It was in August of 1964 when the British invasion first came to Colorado with the group that started it all…the Beatles.  If you love the Beatles you won’t want to miss the most unique, fun and affordable concert event of this summer at Red Rocks with The #1 Beatles Show in the World, “1964” The Tribute.

This group is hailed by critics and fans alike as the most authentic and enduring Beatles tribute in the world.  Choosing songs from the pre-Sgt. Pepper era, “1964” recreates an early 60s live Beatles concert with period instruments, vintage costumes, hairstyles, onstage mannerisms, speaking voices, and unmistakable harmonies of the lads from Liverpool.  Over thirty-eight years of researching and performing at major concert venues on four different continents have made the “1964” group masters of their craft in capturing the essence of the Beatles live on stage.

This 58th Anniversary celebrates Red Rocks Amphitheatre as one of four original concert sites still remaining from the Beatles first American tour in 1964.  Come experience the magic and see what it was like at the beginning.

This concert is a benefit for PBS12 and is sponsored by Daily Camera, Twist and Shout, Brothers BBQ, Carrabba’s Italian Grill, Frame de Art, and Cherry Blossoms.